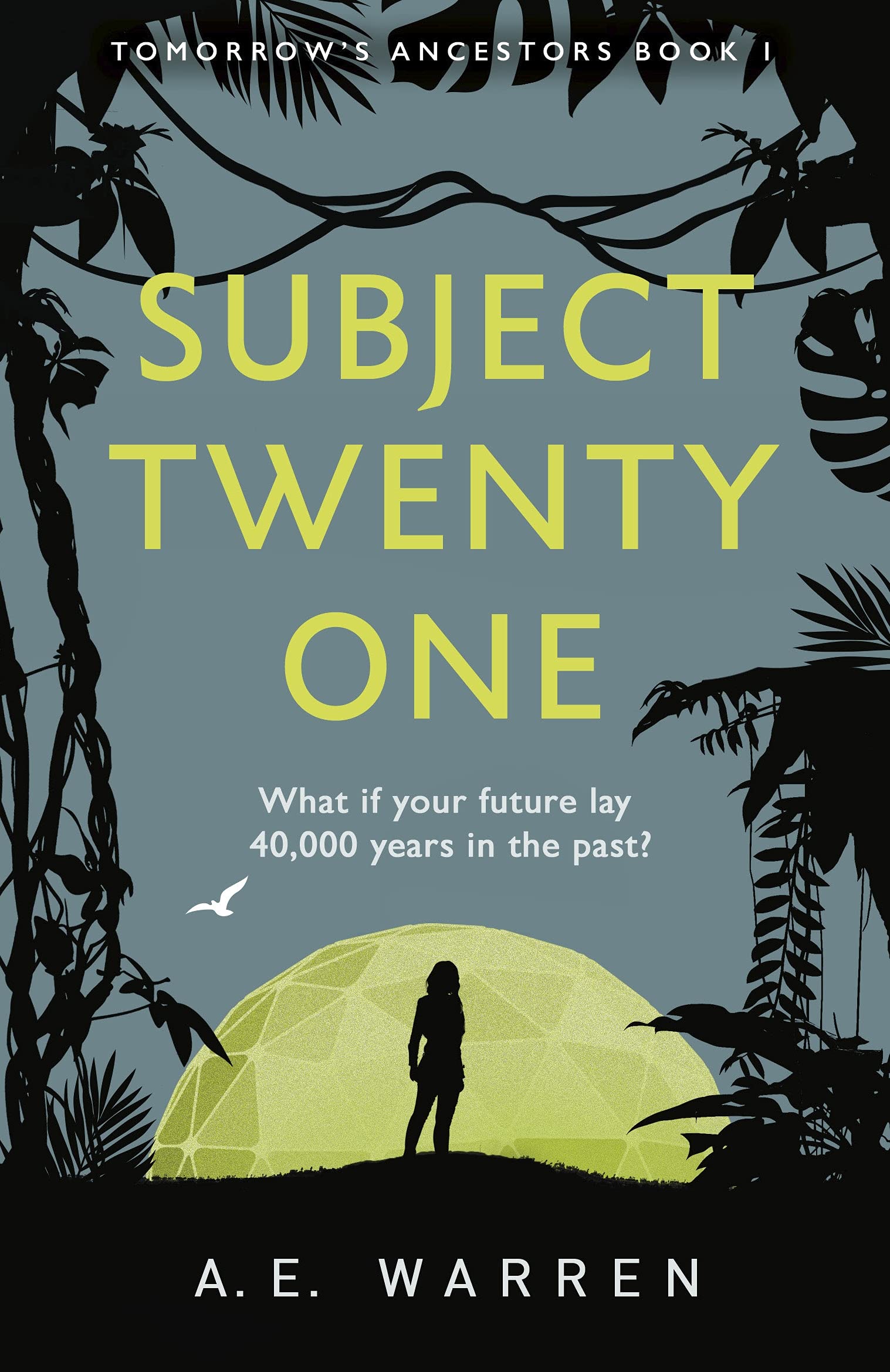 What if our future lies 40,000 years in our past? Subject Twenty-One is an astonishing debut novel in which a young woman’s refusal to accept the status quo opens her eyes to the lies her society is built on.

Elise’s world is forever changed when she is given the opportunity of a lifetime – to work at the Museum of Evolution and be a Companion to the Neanderthal, Subject Twenty-One.

As a Sapien, a member of the lowest order of humans, she and others like her are held responsible for the damages inflicted on the world by previous generations. This job may be Elise’s only chance to escape a stagnating life in an ostracised and impoverished community.

But it doesn’t take long for Elise to realise that, away from the familiarity and safety of her home, her own secrets are much harder to conceal.

And the longer she stays the more she comes to realise that little separates her from the exhibits… and a cage of her own.

It is publication day for Subject Twenty-One and I am delighted to take part in the blog tour of this fantastic debut novel by A. E. Warren.

I don’t read many sci-fi and dystopian novels, but you just need to mention Veronica Roth or Divergent and you have my attention and that’s how I found myself reading Subject Twenty-One… and I don’t have any regrets. At times I found similarities that reminded me of the Divergent series (and also of the movie Gattaca), but Subject Twenty-One is unique and completely captivating.

The story is set in a post-Pandemic world divided in three classes of people: at the lowest level there are the Sapiens, the descendants of those who lived and caused the Pandemic that wiped out 95% of the population. The Sapiens are considered the inferior race, without any particular skill or strength, they have to follow the rules set by the Potiors and they are never allowed to advance in their lives. The Potiors are the elite advanced class, born from genetic engineering. They are the smartest, the strongest, practically immortal, and, from what I gathered, they have no empathy or any kind of emotions. The Medius are placed between the Sapiens and the Potiors. Their DNA has been tweaked as well and they look down at the Sapiens and look up at the Potiors.

The protagonist, Elise, is a Sapiens. All her life she’s been told to keep her head down and do as she was told. Her life changes when she gets a job at the Museum of Evolution as a companion to Twenty-One, one of the Netherlands brought back to life by the Potiors to be studied. She leaves her family and the Sapiens community where she grew up and moves into the Museum where she meets Luca, another Sapiens, and Samuel and Georgina, two Medius who don’t seem to care about the differences in their DNAs. And then, there is Twenty-One, the Netherland whose cage may be beautiful, but it’s still a cage.

Elise is a fantastic heroine. Engaging, strong and determined, she is excited about her new job at the museum until she quickly realizes that she is not much different from Twenty-One. Even though she is allowed to leave at night, she is herself in a cage. The story is addictive, thought-provoking, and fascinating, about a world divided in classes and bases, where scientific progress is used for the benefit of few, where a heroine tries to stand up against that few.

Subject Twenty-One is the first book in the Tomorrow’s Ancestors series and I can’t wait to get my hands on the sequel, The Hidden Base (which is out now, by the way), to see what is next for Elise and her friends.

A huge thank you to Rachel and DelRey for inviting me to join the blog tour and providing me with a copy of this incredible book. 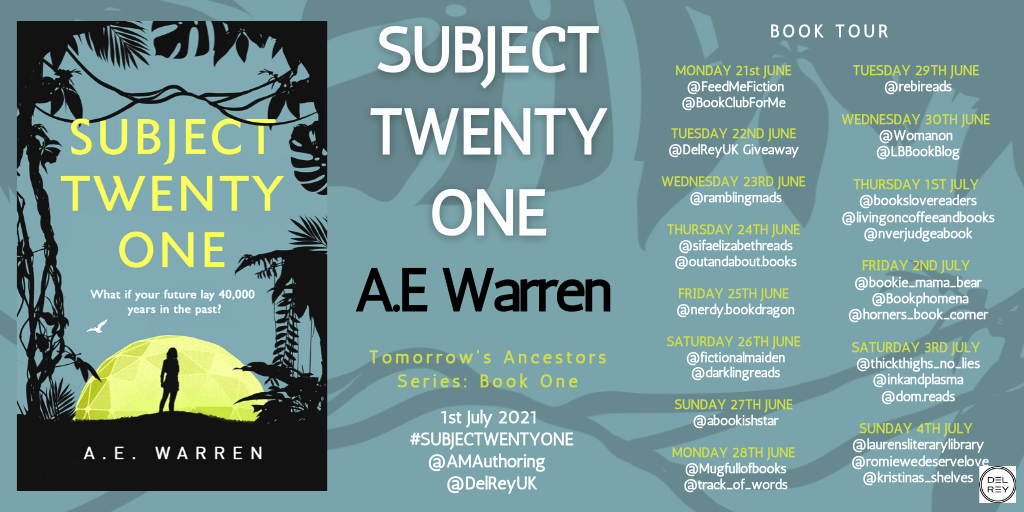 After spending eight years working as a lawyer, A.E. Warren began to write in the evenings and early mornings as a form of escapism from life in a very small cubicle with lots of files. She self-published her first novels in her spare time, which were picked up by Del Rey UK who are the science fiction/fantasy imprint of Penguin Random House.

She is an avid reader, occasional gamer and fair-weather runner. Subject Twenty-One is her debut novel and there will be four books in the Tomorrow’s Ancestors series. She lives in the UK with her husband, daughter and hopefully, one day, a wise border terrier named Austen.