Last year, I had the pleasure to read An Inconvenient Woman by Stéphanie Buelens and I really enjoyed it so I am delighted to repost again my review to celebrate the publication in paperback of this gripping novel. 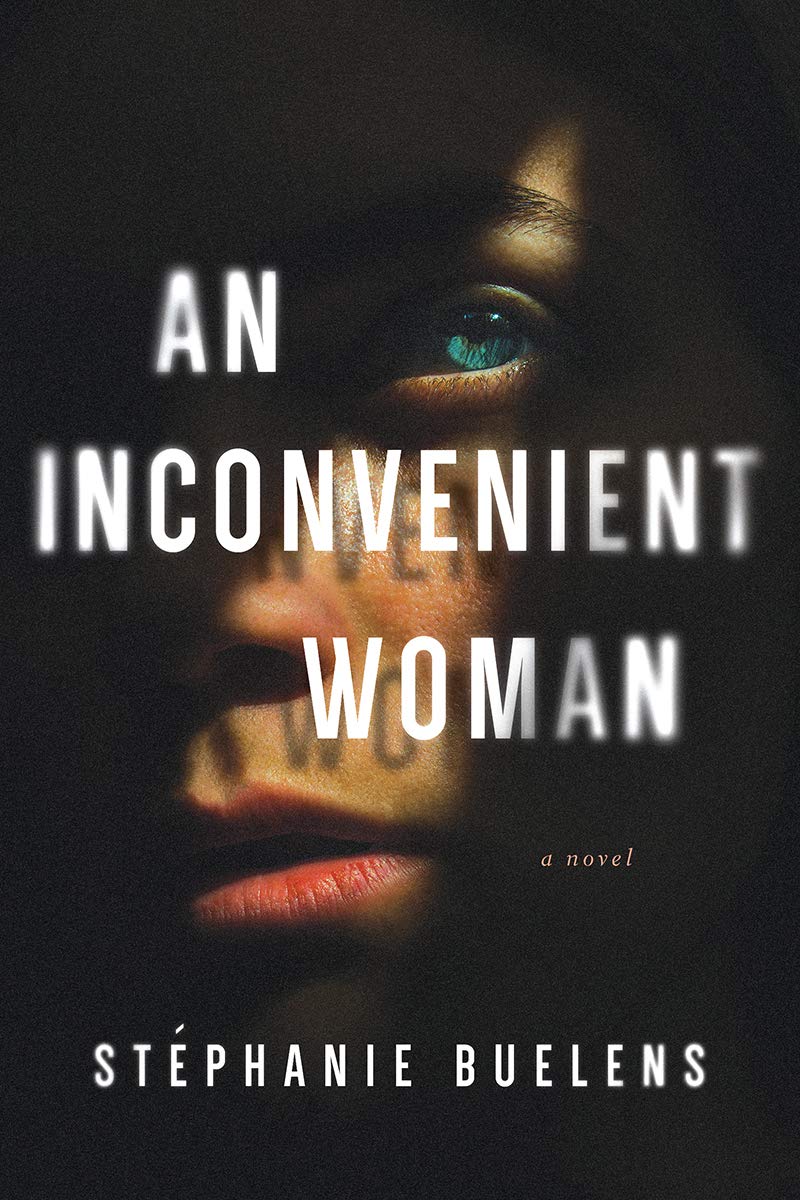 When Claire Fontaine learns that her ex-husband Simon is marrying again, to a woman with a teenage daughter, her blood runs cold. She is sure that years ago Simon molested her own daughter and was responsible for her mysterious death. She can’t let him get away with it a second time. Vandalism, harassment; whatever it takes, Claire will expose him.

Simon doesn’t know where Claire got this delusion from; her daughter’s death was ruled a suicide, but she has always blamed herself – is she just lashing out? Wanting to protect his new fiancee, he hires Sloane Wilson, an ex-cop turned ‘sin-eater’, whose job it is to handle delicate cases without getting the police involved, to get Claire off his back.

Sloane must navigate the wreckage of Claire and Simon’s marriage to discover the truth. Two people with conflicting stories and a whole lot of reasons to want to hurt each other. Is she crazy or is he manipulative? And can Sloane stay clear-headed enough to figure it out?

The story is told from two perspectives. The first point of view is from Claire Fontaine a woman in her forties who lives in Los Angeles. She lives alone, she works as a French teacher, and, in her spare time, she mentor a young woman who used to live on the street and now is trying to get her life back on track. Claire Fontaine is obsessed and her obsession is her ex-husband Simon, a superstar lawyer, who is about to marry again. Claire can’t let that happen because the future wife has a ten-year-old daughter who looks like Melody, her own daughter, and Claire is sure that Melody’s death was caused by Simon, even though it was ruled as an accident.

The second point of view is from Sloan Wilson. Sloan is an ex LAPD detective who left the force when the job became too much and she turned into a sin eater, the person high-profile people hire to clean up their mess. And now Simon needs Sloan to free him of Claire once and for all.

What can I tell you about An Inconvenient Woman? It is gripping, intense, and engrossing. I read it in one day and not because the story is just a little more than 300 pages, but because I needed to see how the story evolved and how it would end. Is Claire telling the truth? Did Simon really molest Melody? Or is he as innocent as he claims to be? Claire is clearly paranoid, but is she also delusional? I was on the edge of my seat the entire time I was reading.

I loved how the multi-layered characters evolved in the story. Claire and Sloan are similar characters. They are strong and clever and they both have past family drama and a complicated father-daughter relationship that has its own plot in the novel.

An Inconvenient Woman is very well-written and cleverly plotted. The ending is fantastic and explosive and it wraps up the story perfectly. This is a terrific thriller that I highly recommend.

Stéphanie Buelens was born in Belgium and educated in France. She has traveled to more than thirty countries. For the last twenty years, she has lived between Paris and Los Angeles. She has worked as an actress, interpreter, translator, business consultant, French media coach, and language instructor. She currently lives in Belgium. AN INCONVENIENT WOMAN is her first novel.