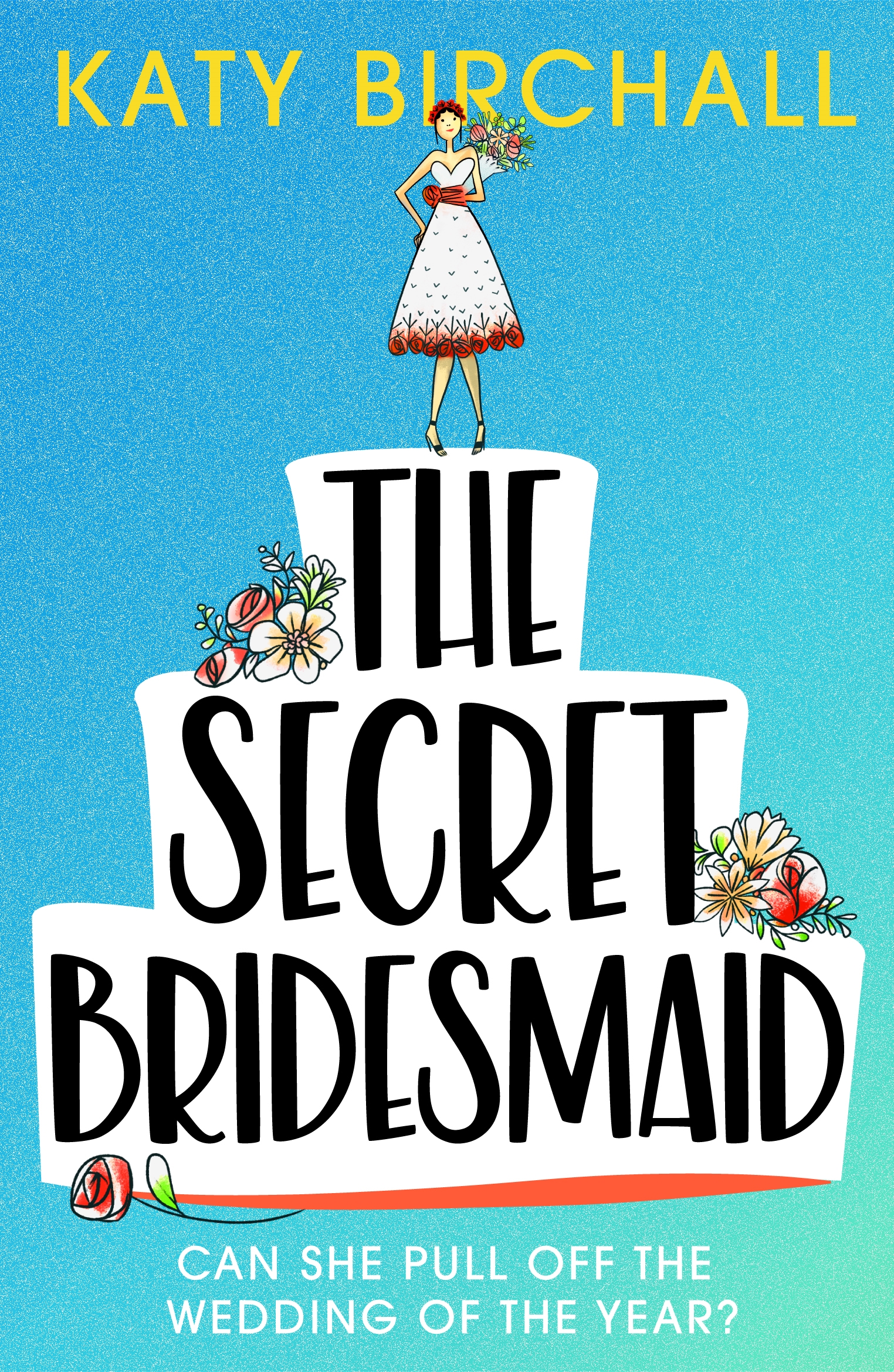 You are cordially invited to the wedding of the year . . .

Sophie Breeze is a brilliant bridesmaid. So brilliant, in fact, that she’s made it her full
time job.

As a professional bridesmaid, Sophie is hired by brides to be their right hand woman,
posing as a friend but working behind the scenes to ensure their big day goes off without a
hitch. From wrangling rowdy hen dos to navigating last minute portaloo cancellations and
family dramas, there’s no problem she can’t solve.

So when she’s hired by an actual Marchioness to help plan the society wedding of the year,
it should be a chance for Sophie to prove just how talented she is.

Of course, it’s not ideal that the bride, Cordelia Swann, is an absolute diva and determined
to make Sophie’s life a nightmare. It’s also a bit inconvenient that Sophie finds herself drawn
to Cordelia’s posh older brother, who is absolutely off limits. And when a rival society
wedding is announced, things start to get rather complicated…

Can Sophie pull off the biggest challenge of her career, win over a reluctant bride, and
catch the eye of handsome Lord Swann all while keeping her true identity a secret, and her
dignity intact?

Heart warming and hilarious, The Secret Bridesmaid celebrates the joys (and foibles) of weddings, the nuances of female friendship, and the redeeming power of love in its many, unexpected forms.

I am delighted to welcome you on my stop for the blog tour of The Secret Bridesmaid by Katy Birchall.

This is probably one of the funniest and most enjoyable books I have read this year. I had such a good time reading The Secret Bridesmaid, often with tears in my eyes from laughing, and I absolutely adored the protagonist, Sophie.

Sophie loves weddings and she enjoys helping brides so much – and she is really good at it – that she decided to turn it into a career. She is a professional bridesmaid, hired by brides (or their mothers) to help them through the preparation of their wedding so that they can enjoy it and have the wedding of their dream. She is very successful, but her job is also very secretive and often she changes her name and just the bride and very few other people know that she is being paid to be a bridesmaid.

Lady Cornelia Swann is a socialite often on tabloids for her lavishing lifestyle and her long list of boyfriends. She is now getting married and she is going to be Sophie’s biggest client, but also her biggest challenge, because Sophie has been hired by Cordelia’s mother to control her during the preparation of the wedding against Cordelia’s wishes, who does her best to make Sophie’s work as hard as possible. Sophie is determined to get the job done, even though Cordelia makes it loud and clear that she doesn’t want and need Sophie’s help. However, Sophie doesn’t give up even when she finds herself picking up Cordelia’s dry cleaning or deep in the water in St. James’s Park trying to call swans to her. 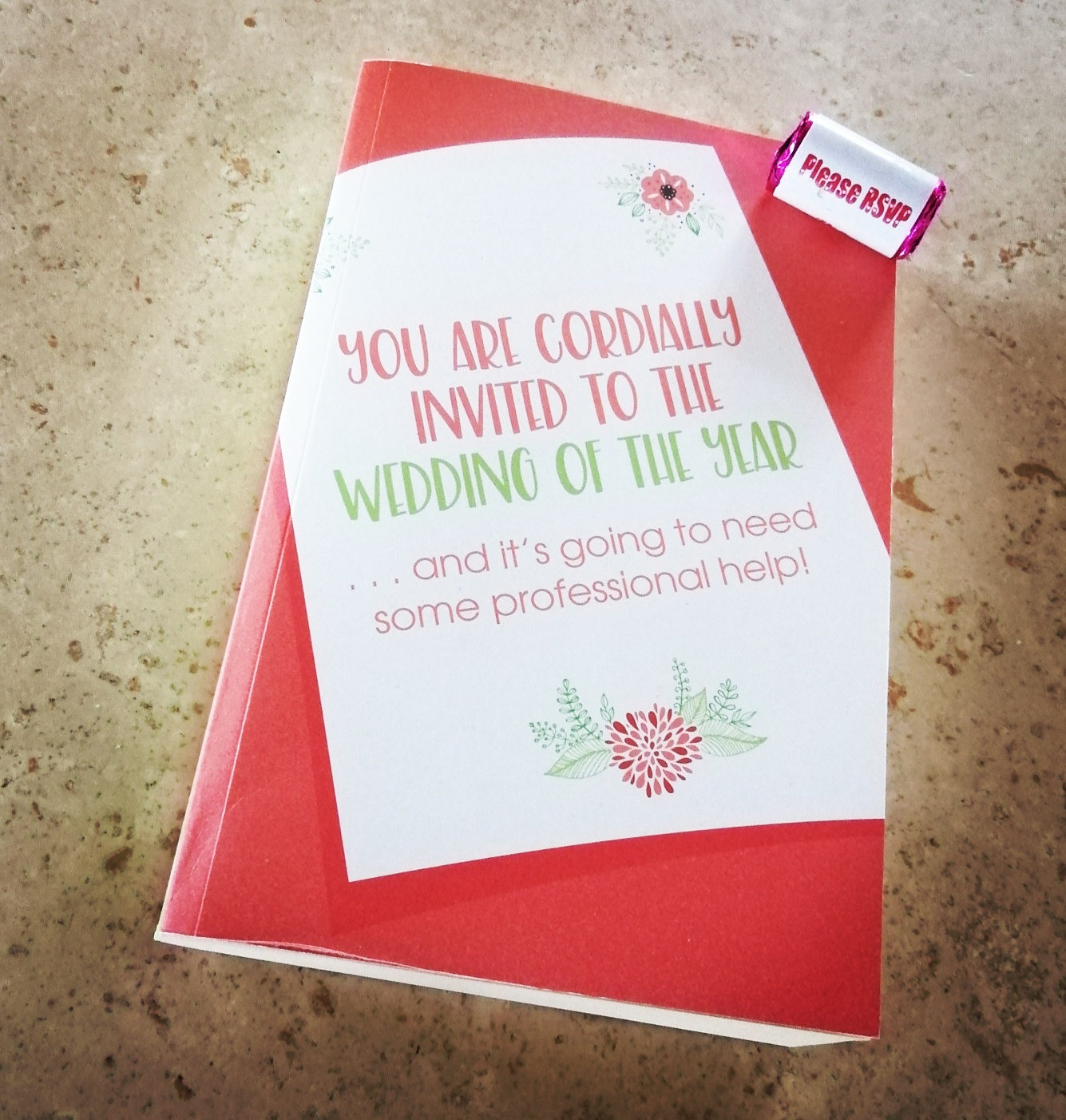 Sophie is an amazing heroine. She is fun, honest, cheerful, and reliable. She really cares about her job and her clients. She wants them to have the wedding of their dreams even if that means she has to wear a Chewbakka costume at a Star Wars-themed wedding or she has to dye her hair red to match with the other bridesmaids.

The story is hilarious and captivating. I really enjoyed the addition of Whatsapp messages, calls, and emails, that made for some laugh-out-loud conversations. While the story focuses mostly on the protagonist’s own development and her relationship with bridezilla Cordelia, there is also some romance as Sophie falls for Cordelia’s hot playboy brother and the scenes between these two were some of my favourite in the novel.

A witty and lovable heroine, an entertaining and refreshing plot, and an addictive writing make of The Secret Bridesmaid a fantastic read, the perfect book for all fans of Sophie Kinsella and rom-com stories.

A huge thank you to Jenny and Hodder & Stoughton for inviting me to join the blog tour and providing me with a proof of this novel. 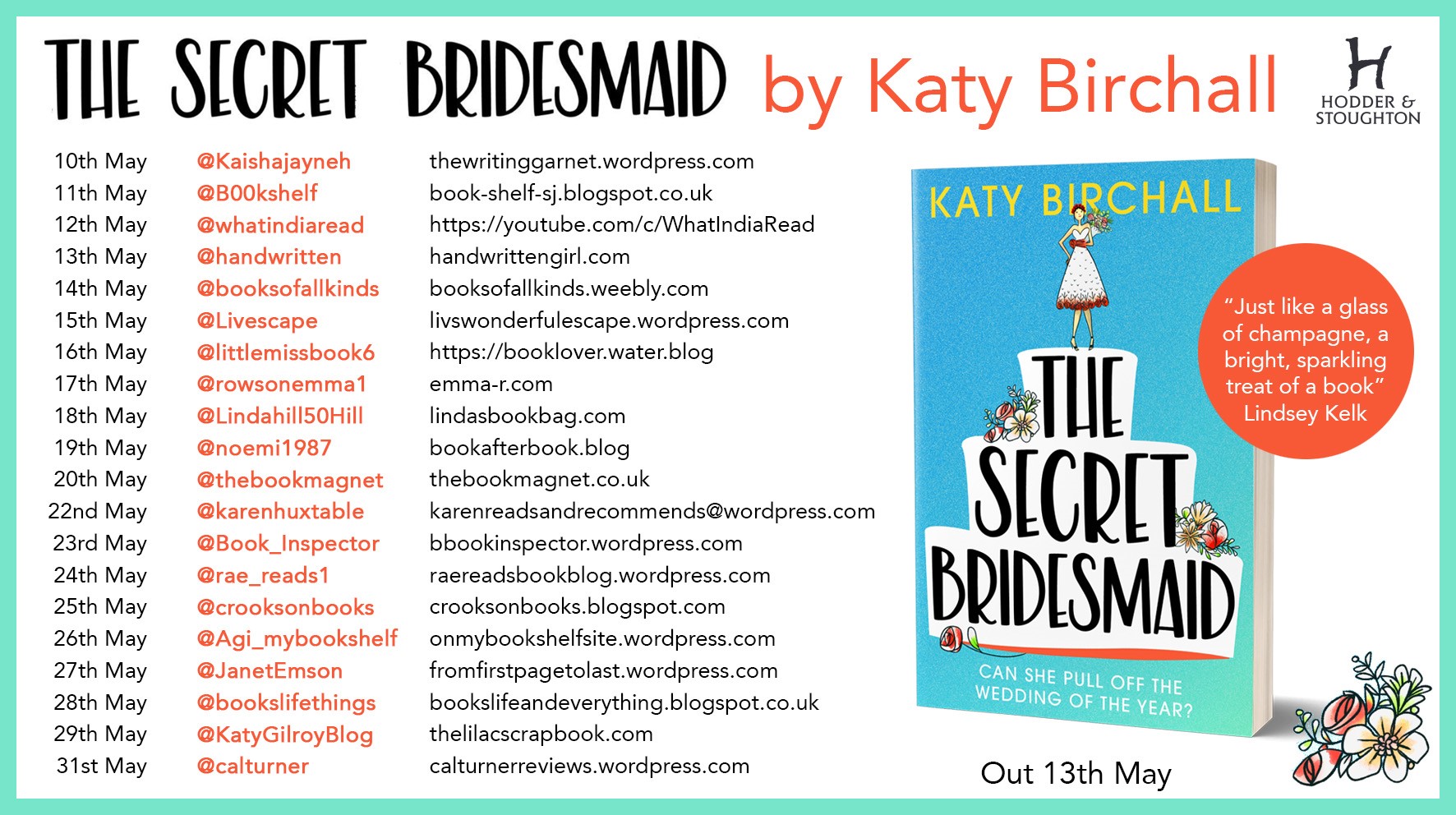 Katy Birchall is the author of several young adult novels including The It Girl series, the Hotel Royale series and Morgan Charmley: Teen Witch. She is the co-author of the middle grade Lightning Girl series and Star Switch with Alesha Dixon, and the Find the Girl teen series with YouTube stars Lucy and Lydia Connell. Katy was proud to be the author of a retelling of Jane Austen’s Emma for the Awesomely Austen series, a collection of Austen’s novels retold for younger readers. She has also written a non fiction book, How to be a Princess: Real Life Fairy Tales for Modern Heroines. The Secret Bridesmaid is her first adult novel.