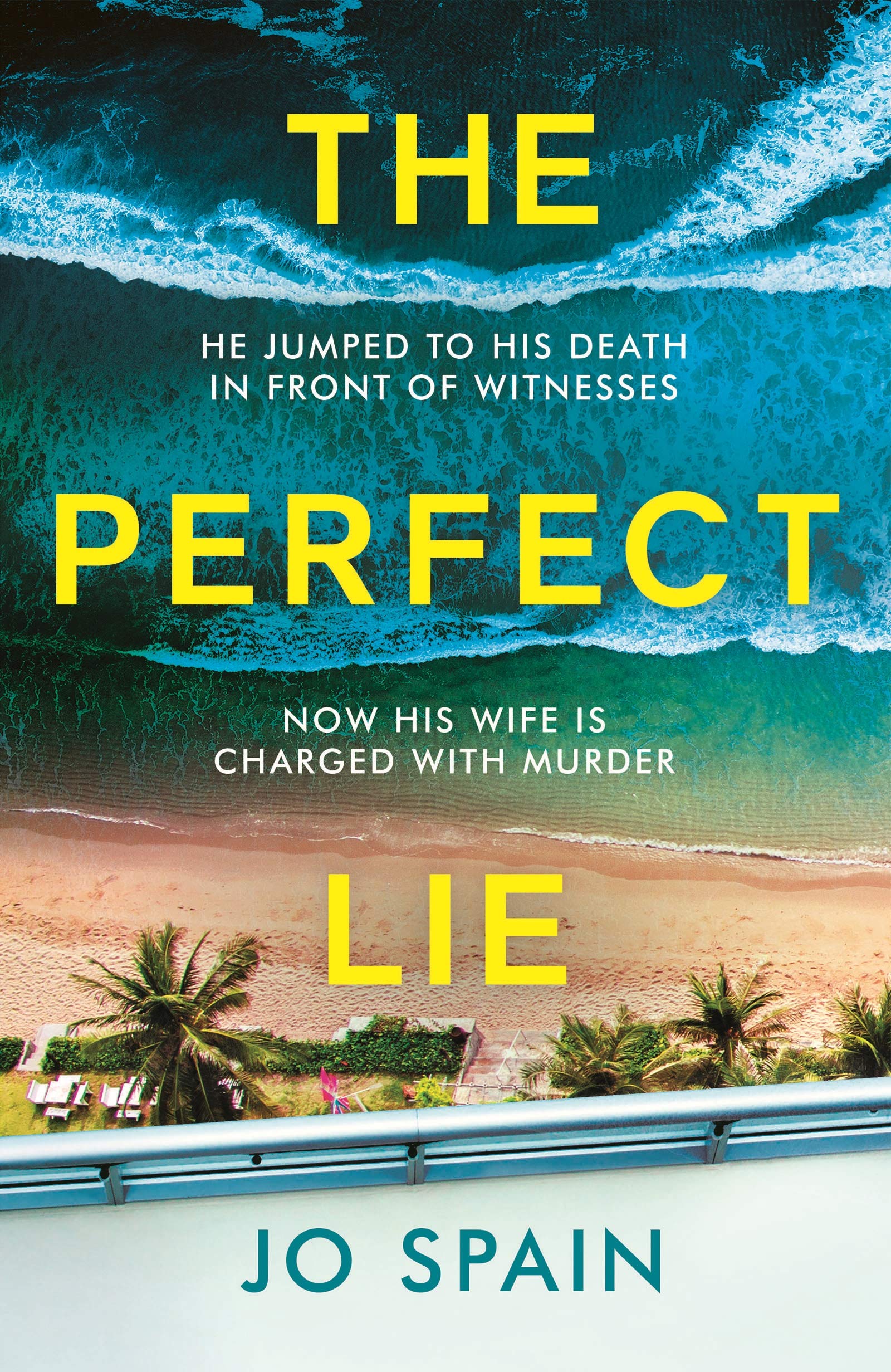 He jumped to his death in front of witnesses. Now his wife is charged with murder.

Five years ago, Erin Kennedy moved to New York following a family tragedy. She now lives happily with her detective husband in the scenic seaside town of Newport, Long Island. When Erin answers the door to Danny’s police colleagues one morning, it’s the start of an ordinary day. But behind her, Danny walks to the window of their fourth-floor apartment and jumps to his death.

Eighteen months later, Erin is in court, charged with her husband’s murder. Over that year and a half, Erin has learned things about Danny she could never have imagined. She thought he was perfect. She thought their life was perfect.

But it was all built on the perfect lie.

The Perfect Lie is another fantastic and gripping novel by Jo Spain. With complex and multi-layered characters, a twisty and intense plot, and full of ‘I-would-never-have-guessed’ revelations, once again I found myself completely engrossed in another of this author’s novels.

Alternating between the past and the present, the story is told mostly from the perspective of Erin Kennedy. Erin is a book editor who left Ireland after a family tragedy that, five years later, still gives her nightmares, and moved to New York. Here she meets Danny, a NYPD detective. After two years of marriage, she thinks she knows her husband very well, so why did he suddenly jump to his death? And why is he being investigated by the police? And why his colleagues, the people he considered his friends and family, refuse to tell her what is going on? With so many questions and no answers, Erin has no choice but to find out the truth herself.

The Perfect Lie is a psychological thriller with capital letters. It grabs the reader’s attention from the beginning. Right at the start the story is intense and suspenseful. And, as the story continues, it just gets better and better. The author unravels the truth slowly, giving the reader just a bit of information at the time, leaving you wondering and eager to see what happens next, so that it’s almost impossible to put the book down.

The characters are intriguing and well-developed and I especially liked the protagonist Erin. She is brave, smart, and determined and she won’t stop until she finds out the truth about her husband, even if finding out the truth could be dangerous and hurtful.

The Perfect Lie is a brilliantly-written page-turner full of twists and jaw-dropping and chilling revelations that will keep you on the edge of your seat until the very last word!

The Perfect Lie is out now and I would like to thank Millie and Quercus for providing me with a proof of this novel.

Jo Spain is the author of the bestselling Inspector Tom Reynolds series and several international No. 1 bestselling standalone novels, including The Confession and Dirty Little Secrets. Her first book, With Our Blessing, was a finalist in the 2015 Richard and Judy Search for a Bestseller.

Jo, a graduate of Trinity College Dublin, writes TV screenplays full-time. Her first crime series was broadcast on RTE in 2018 and she’s currently involved in a number of TV developments including adaptations of her own novels, in Germany, Britain, Iceland and Finland.

Jo lives in Dublin with her husband and four young children.