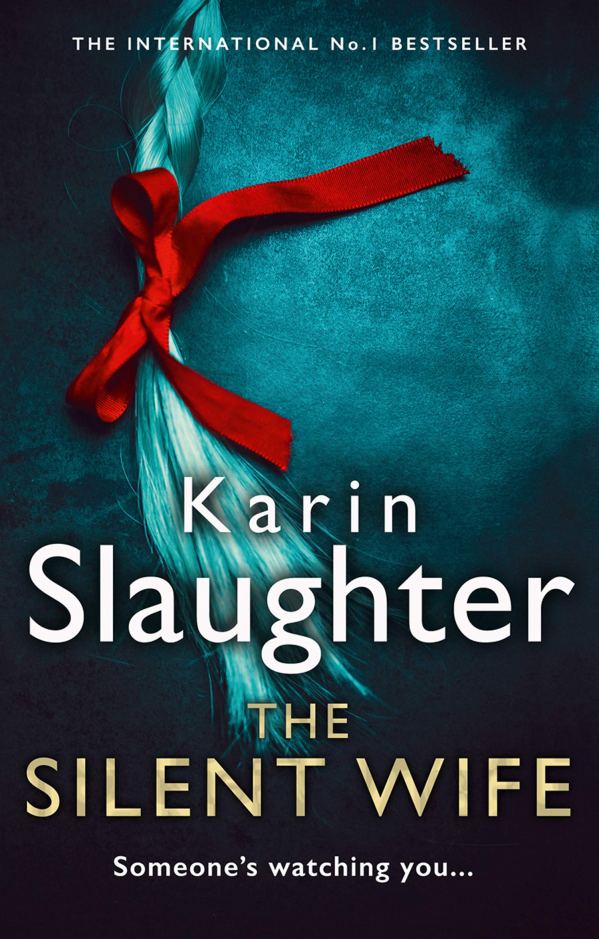 Atlanta, Georgia. Present day. A young woman is brutally attacked and left for dead. The police investigate but the trail goes cold. Until a chance assignment takes GBI investigator Will Trent to the state penitentiary, and to a prisoner who says he recognises the MO. The attack looks identical to the one he was accused of eight years earlier. The prisoner’s always insisted that he was innocent, and now he’s sure he has proof. The killer is still out there.

As Will digs into both crimes it becomes clear that he must solve the original case in order to reach the truth. Yet nearly a decade has passed – time for memories to fade, witnesses to vanish, evidence to disappear. And now he needs medical examiner Sara Linton to help him hunt down a ruthless murderer. But when the past and present collide, everything Will values is at stake.

Today, I am super excited to take part in the blog tour for The Silent Wife, the 20th novel by Karin Slaughter and the 10th novel featuring my all-time favourite federal agent, Will Trent.

I am addicted to the Will Trent series. I love it. I love the characters, the twisty plots, the constant high tension that spills through the pages, and Karin Slaughter’s sharp prose captures you and doesn’t let you go. When my request on NetGalley was accepted (thank you so much HarperCollins) I read it right away and finished it in less than two days.

A prison riot leads Will Trent to an eight-year-old case about the murder of young women. The killer had been caught and he’s jail, but now he has proofs of his innocence so Will and the GBI have no choice but to reopen the case.  The problem? The lead investigator in the old case is none other than Grant County Chief of Police, Jeffery Tolliver, the late husband of Sarah Linton, Will girlfriend and GBI pathologist. So, with a narrative that switches between present day Atlanta and Grant County a decade earlier, we see doctor Sarah Linton’s two loves trying to find the man behind the horrific murders of young women around Georgia.

I had high expectations before going into this novel and they were met and much much more. The gripping and riveting plot made me want to race through the pages and get to the brilliant and perfect ending. I loved how the protagonists’ personal lives merge with the cases (both in the past and in the present). If you’ve read the Grant County series you will recognize some of the characters and there are new ones that will keep you engrossed. Of course, Will and Sarah’s relationship is affected by this blast from the past and they have a few obstacles to go through, but I love how they develop throughout the story.

The Silent Wife is twisty, suspenseful, compelling, graphic, and at times emotional and a fantastic new addiction to this series. Once again, Karin Slaughter proved that she is the master of suspense. So, do yourself a favour and buy a copy of this thrilling read… you won’t regret it!

A huge thank you to Anne Cater and HarperCollins for inviting me to join the blog tour and providing me with a copy of the novel. 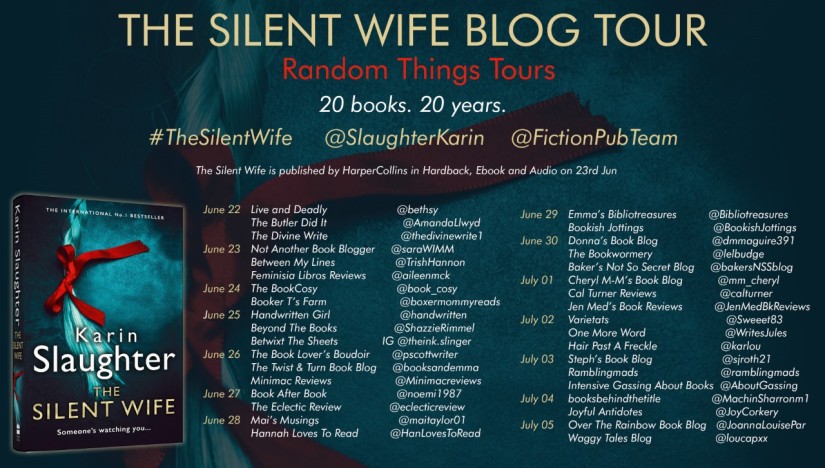 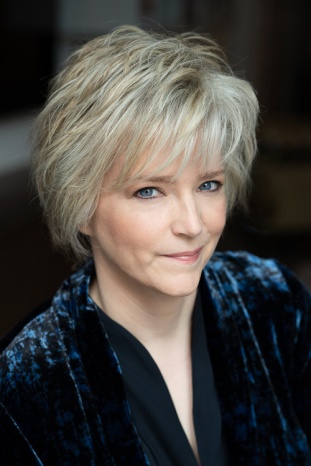 Karin Slaughter is one of the world’s most popular and acclaimed storytellers. Published in 120 countries with more than 35 million copies sold across the globe, her 20 novels include the Grant County and Will Trent books, as well as the Edgar-nominated Cop Town and the instant Sunday Times bestselling novels Pretty Girls, Pieces of Her, and The Good Daughter.

Pieces of Her is soon to be an eight-part Netflix adaptation, starring Toni Collette, directed by Lesli Linka Glatter (Mad Men), and produced by Charlotte Stoudt (Homeland) and Bruna Papandrea (Big Little Lies). Grant County and Will Trent series are in development for television.

Hugely respected by her peers:

‘A great writer at the peak of her powers’ Peter James

‘Fiction doesn’t get any better than this’ Jeffery Deaver

Karin is the founder of the Save the Libraries project – a non-profit organisation established to support libraries and library programming.  A native of Georgia, Karin Slaughter lives in Atlanta.