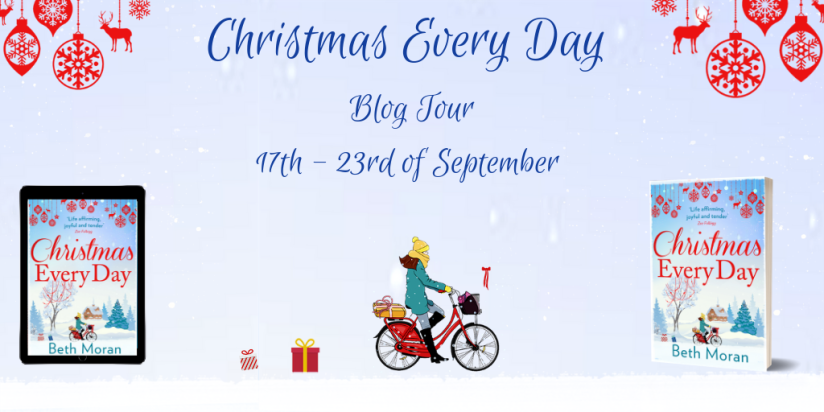 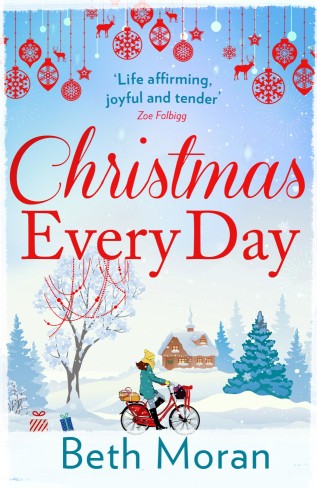 When Jenny inherits her estranged grandmother’s cottage in Sherwood Forest, she has nothing to lose – no money, no job, no friends, no family to speak of, and zero self-respect. Things can only get better…

Her grumpy, but decidedly handsome new neighbour, Mack, has a habit of bestowing unsolicited good deeds on her. And when Jenny is welcomed into a rather unusual book club, life seems to finally be getting more interesting.

Instead of reading, the members pledge to complete individual challenges before Christmas: from finding new love, learning to bake, to completing a daredevil bucket list. Jenny can’t resist joining in, and soon a year of friendship and laughter, tears and regrets unfolds in the most unexpected ways.

Warm, wise, funny and utterly uplifting, what one thing would you change in your life before Christmas comes around?

It was finally here. The highlight of the Dougal and Duff calendar. Everyone would be there, from the lowliest admin assistant to the senior partners. The oak bannisters were draped with ivy, dotted with twinkling red and white fairy lights. The doorway leading into the designated party room was framed with pine branches, a cheeky sprig of mistletoe hanging in the centre. Inside, the room looked even more spectacular than last year. Hundreds of sparkling snowflakes dangled from the wood-panelled ceiling, more fairy lights and greenery adorned every surface. The Christmas tree in the centre of the back wall stood festooned with baubles and ribbons.

Waiting staff slipped between the clusters of office cliques with trays of champagne and crumbly canapés, their black uniforms in sharp contrast to the glittering party dresses and tartan finery. A swing quartet thrummed, but it couldn’t beat the buzz of festive gossip.

Rumours had been flying that the newest partner, Richard Abernethy, freshly returned from yet another victory in the Paris office, had been dropping hints about an important announcement. And when a locally renowned jeweller delivered a ring-shaped box to Reception that morning, every one of the sixty-three employees knew within minutes. The only question was who. Nobody had a clue.

That was, except me.

The other PAs assumed I must have some insight to the mystery woman, given that I’d almost unlimited access to his emails and diary. They spent most of the evening trying to badger me into giving them a name. Or at least a list of suspects.

I smoothed down my ridiculously expensive dress, patted my hair, took another fakenonchalant swig of champagne and said nothing.

Not because of loyalty to my boss. Although that would have been reason enough.

Taut with nerves, heart fluttering, resisting the urge to wash the dryness from my mouth with another drink, I not so surreptitiously watched my secret boyfriend and soon to be fiancé from across the room and wished he’d hurry up and get on with it.

I had always dreaded Christmas. Particularly these last few years when it had simply been another day alone, opening the same gift card sent by my dad and watching someone else’s television. Waiting to hear from Richard, despite him telling me that he’d probably not get a moment to call.

But this year – surely I’d be spending it on his family’s estate in the Highlands? I had already planned the clothes I would pack, and spent a frantic afternoon searching for the perfect ‘last-minute’ gifts for his parents and younger brother.

For the first time, in so long that it made my heart ache just thinking about it, I would be spending Christmas with a loving, happy family.

I took a deep breath, smothered my smile and, for the millionth time that day, silently practised my surprised, thrilled and senior-partner’s wife worthy ‘yes’.

When the house had been described as like something out of a fairy tale, I’d been picturing Snow White’s cottage, or a quaint gingerbread house (minus the evil witch, whom I’d left behind in Edinburgh), not a shrunken, grottier version of Sleeping Beauty’s derelict outhouse. And, in my storybook, there hadn’t been an old pram, two sagging armchairs and a turquoise toilet blocking the driveway.

I peered through the taxi window, trying to kid myself it would look better once I was out of the car. Or it had stopped raining. Or if I took my glasses off. The driver pulled up in front of a rusted mangle.

‘Could you get any closer to the door?’ I asked, tugging the zip a bit higher on my jacket.

He swivelled his head to look at me, one eyebrow raised.

‘What about parking on the lawn?’

I blew out a sigh, and unbuckled the seat belt.

‘Fifty pound. What?’ My hand froze halfway to my purse. ‘We agreed thirty.’

‘That was before the ford, the mud pit and the overgrown branches scratching my paintwork. The car needs a full-on valet and the extra won’t even cover it. I’ve got standards to uphold.’

I cast my eyes around the faded upholstery, scuffed trimmings and air freshener designed as a topless woman.

‘You knew the address was on an unnamed road in the middle of a forest and you still said thirty.’ I tried to keep the tremble out of my voice. The extra twenty pounds might not pay for a car valet but it would help me not starve for the next couple of weeks.

‘I’m the only taxi-driver round ‘ere who’ll come out this far.’ He grinned. The big bad wolf. ‘I’m the only taxi full stop. If you want out of ‘ere any time soon, best stay in my good books.’ He tipped his head towards the house. ‘And, trust me, you won’t be wanting to ‘ang around.

‘Are you threatening me?’ I did my best to channel some of the experience I’d gained working for sharks who’d sell your own baby back to you, and straightened my shoulders.

After enduring a lifetime of being treated like a worthless wimp, this was supposed to be a fresh start. The new, improved, over-it, Jenny.

I opened my purse, and deliberately placed three notes on the plastic ledge between the front and back seats. ‘I’m giving you the thirty pounds you asked for, and not a penny more.’

He curled up one side of his lip, leant towards me and growled. ‘Are you sure about that?’

Letting out a squeak, I unclasped my purse again. ‘And a tip! Of course. Here. I’ll make it twenty.’ Yanking open the door, I tumbled out into the freezing January rain, slipping and sliding round to the car boot. Hauling out my suitcase, followed by a rucksack, I stumbled out of the way just in time to avoid injury, but not a generous splattering of filthy spray from the revving wheels.

Wiping a smear of mud off my glasses with a sodden sleeve, I stared at my new home.

I squelched through the puddles, rucksack on my back, hand-me-down Mulberry suitcase dragging behind, and peered in through the ivy-smothered front window.

Rummaging in my jacket pocket for the key, I gave up attempting to make out shapes in the gloom beyond.

‘Right. Might as well get it over with. Get out of this rain and put the kettle on.’ I wiped the worst of the dirt from the keyhole, congratulating myself for having had the foresight to have the utilities reconnected before I arrived, and forced the key in, slowly wiggling it until it unlocked.

I pushed against the door. Nothing. Not even a rattle. 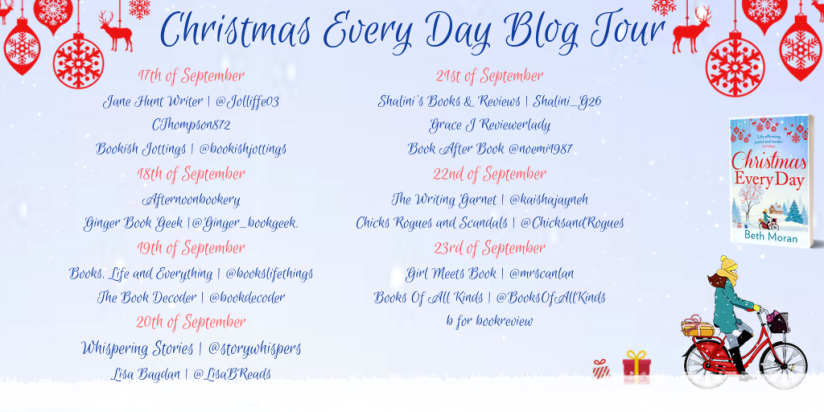 Beth Moran is the author of three previous books, including Making Marion.  She regularly features on BBC Radio Nottingham and is a trustee of the national women’s network Free Range Chicks. She lives on the outskirts of Sherwood Forest.