At the peak of her career as lead singer of a legendary 1980s indie band, Meredith Vincent was driven off the international stage by a horrific incident. Now she lives incognito in a cottage on the grounds of Minstead House, an old stately home, whilst working in the gift shop. Her past is behind her and she enjoys her new life.

But a series of inexplicable and unsettling incidents have started to happen around her – broken china, vandalised gardens… And when a body is found in the gardens of Minstead House, Meredith realises that someone is watching, someone who knows who she is and who wants to destroy her…

A dark, riveting and chilling psychological thriller, The Last Stage is a study of secrets and obsessions, where innocent acts can have the most terrifying consequences.

Last year I had the pleasure to read my first novel by Louise Voss, The Old You, and I was so captivated by it that when Anne Carter invited me to join the blog tour for her new novel I didn’t have to think twice before accepting. I started reading THE LAST STAGE during a weekend at the beach with my entire family and I managed to sneak in just a few pages (not much time to relax with three very young nieces and nephew). So, for once, I was happy when Monday came and I could go back to my normal reading time (i.e. while commuting to and from work and before going to bed) and finally immerse myself in this gripping story.

How does a normal teenage girl turn first into a worldwide rock star and then into a shop manager in a quiet English town? That’s what happened to Meredith Vincent, the protagonist of the novel. Through flashbacks, we see her, eighteen years old, worrying about make-up and boys. A casual conversation and a chance encounter lead her, a few years later, to travel around the world with her famous band, Cohen, but estranged from her family. Thirty years later Meredith is living an ordinary life working as a shop manager in a country estate open to the public, hoping that no one recognizes her. What happened that made Meredith go into hiding? And when people around her start to die, it is clear that someone is after her…

Louise Voss is a master in writing psychological thrillers. She creates smart and determined female characters that drive the story and don’t back down in front of danger. Her plots are twisty, dark, and well-constructed. As I read, there was always this sense of dread, of something bad about to happen that kept me on edge (that’s why I love psychological thriller). I never knew what to expect as I turned the pages and I found the ending unexpected and well-thought!

THE LAST STAGE is a story of obsession, jealousy, and revenge that managed to give me the chills during a heat wave!

A huge thank you to Anne Cater and Orenda Books for inviting me to join the blog tour and providing me with a copy of the book. 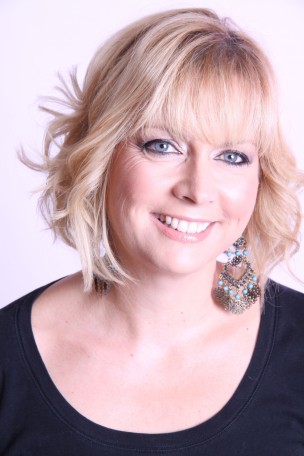 Over her eighteen-year writing career, Louise Voss has had eleven novels published – five solo and six co-written with Mark Edwards: a combination of psychological thrillers, police procedurals and contemporary fiction – and sold over 350,000 books. Her most recent book, The Old You, was a number one bestseller in eBook. Louise has an MA (Dist) in Creative Writing and also works as a literary consultant and mentor for writers at http://www.thewritingcoach.co.uk.
She lives in South-West London and is a proud member of two female crimewriting
collectives, The Slice Girls and Killer Women.