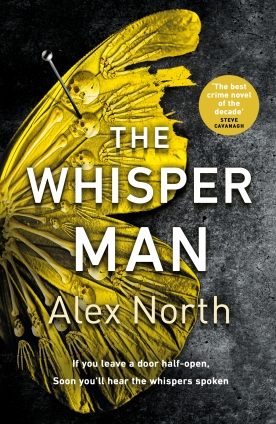 If you leave the door half open, you will hear the whispers spoken…

Still devastated after the loss of his wife, Tom Kennedy and his young son Jake move to the sleepy village of Featherbank, looking for a fresh start.

But Featherbank has a dark past. Fifteen years ago a twisted serial killer abducted and murdered fi ve young boys. Until he was finally caught, the killer was known as ‘The Whisper Man’.

Of course, an old crime need not trouble Tom and Jake as they try to settle in to their new home. Except that now another young boy has gone missing, stirring up rumours that the original killer was always known to have an accomplice. And then Jake begins acting strangely.

He says he hears a whispering at his window…

Welcome to my stop on the blog tour for THE WHISPER MAN, the brilliant and gripping new novel by Alex North. A huge huge thank you to Jenny and Michael Joseph for inviting me to join the blog tour and providing me with a proof of the book.

THE WHISPER MAN is a page-turner!!!  It’s dark, creepy, and addictive and, even though it made me check that the doors were safely locked at night before going to bed, I couldn’t stop reading it. The main protagonists are Tom Kennedy and his six-year-old son Jake. Following the premature and sudden death of his wife, Tom moves to Featherbank for a fresh new start. This quiet English town has been shocked by the kidnapping and murder of a young boy. While the police investigate and tries to figure out if this case is somehow connected to the Whisper Man, a psychopath now in jail for kidnapping and killing 6 children twenty years before, Tom is worried about the fact that Jake is hearing voices… 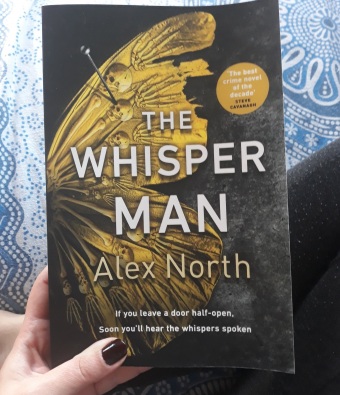 THE WHISPER MAN quickly went to the top of the best books of the year. I heard there is a movie in the making which it’s really exciting and which I will definitely watch, although not alone and probably in daylight. It’s twisty, haunting, and immersive. The atmosphere is dark, the tension slowly builds up, and, although some of the scenes make for an unsettling and disturbing read that it’s not for everyone, especially when it comes to children being murdered, I couldn’t put it down.

The two protagonists of the novel are ordinary, genuine, and very likable. Tom is a young widower and his grief over losing his wife feels very real. The author perfectly captures the insecurities of a man who suddenly finds himself alone and who doesn’t know how to deal with a son he loves very much but he doesn’t understand. Jake is sensible and very smart. He misses his mother who was the only one who could really understand him, his relationship with his father is not easy, and I really felt for him.

THE WHISPER MAN is a chilling and superb read, a novel that highly recommend… but don’t read it at night!

Follow the rest of the blog tour for this amazing book: 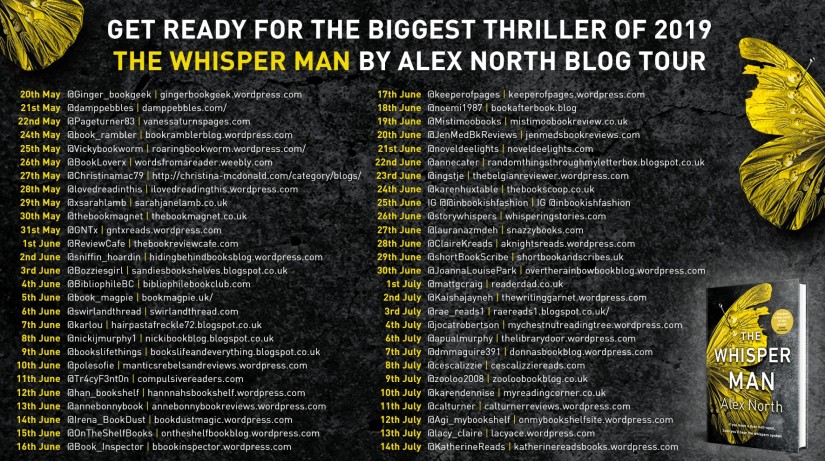