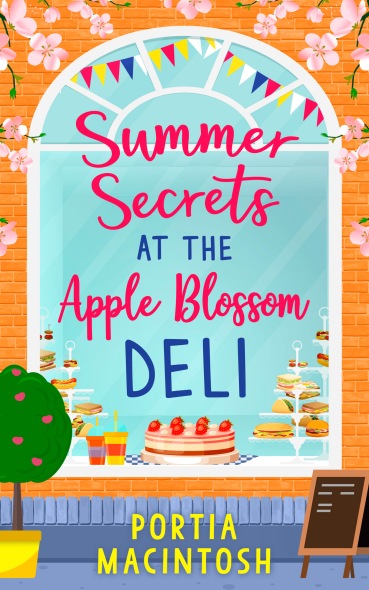 Lily Holmes is ready for a fresh start. And there’s no better place to begin again than the idyllic seaside town of Marram Bay.

All Lily wants to do is focus on making her new deli a success and ensuring her son’s happiness. Not the postcard creeping out of her handbag, and definitely not finding a new man in her life!

But this isn’t going to be as easy as she first thought. The town is in uproar about the city girl who’s dared to join them and she’s fighting a battle at every turn.

Perhaps with a little help from the gorgeous cider farmer next door, she may be able to win them over, but her past secrets threaten to ruin everything…

This novel is the perfect summer read. Highly enjoyable, very atmospheric, and with engaging characters that will entertain you for the entire novel (there are a few scenes that are really hilarious). It opens with the protagonist, thirty-one-year old Lily Holmes, arriving to Marram Bay, a touristic town in Yorkshire, with her eight-year-old son, Frankie, full of hopes and dreams and ready for a new start. But her hopes are quickly crushed when she learns that the entire town doesn’t want her there, because of the new deli she is there to open. Luckily, Lily doesn’t give up easily and she prepares to win the town over.

I liked the character of Lily. She is portrayed as a strong woman, a single mother raising a child alone, juggling a full-time job, her eccentric mother who pretends to be her sister, the hate of a town that doesn’t want her there, and the arrival of two men who just seem to want to complicate her life even more. One is Nathan, her ex-boyfriend and father to her eight-year-old son. He is a hippie who wants to save the world by eating vegetables and spending his time on Lily’s couch watching reality shows and soap operas. The other man is Alfie, the handsome and charming neighbour who seems attracted to Lily, but he seems too perfect to be true.

SUMMER SECRETS AT THE APPLE BLOSSOM DELI is a heartwarming, well-written, and entertaining novel and I’d like to thank HQ Digital for providing me with an early copy of the book and for giving me the chance to take part in the blog tour. 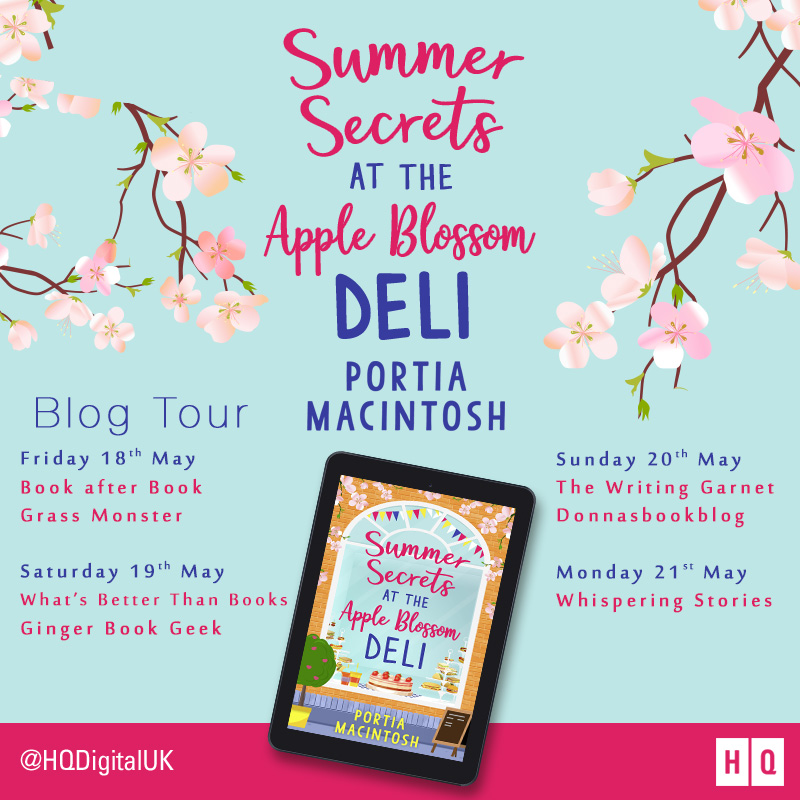 PORTIA MACINTOSH has been ‘making stuff up’ for as long as she can remember – or so she says. Whether it was blaming her siblings for that broken vase when she was growing up, blagging her way backstage during her rock chick phase or, most recently, whatever justification she can fabricate to explain away those lunchtime cocktails, Portia just loves telling tales. After years working as a music journalist, Portia decided it was time to use her powers for good and started writing novels. Taking inspiration from her experiences on tour with bands, the real struggle of dating in your twenties and just trying to survive as an adult human female generally, Portia writes about what it’s really like for women who don’t find this life stuff as easy as it seems.