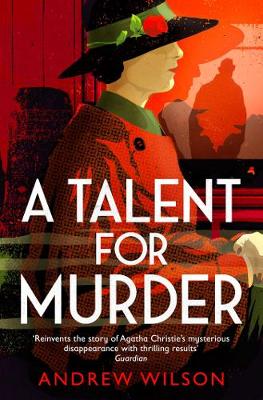 Although I am a big fan of Agatha Christie and her novels, I don’t know much about her personal life and this novel gave me the chance to find out more about her so I’d like to thank Jess Barratt and Simon & Schuster for providing me with a copy of the book.

In December 1926, the Queen of Crime Agatha Christie was going through a lot both personally and professionally. On the personal side, she misses her mother who died two years earlier and she doesn’t accept that her husband is leaving her for another woman. On the professional side, the success of The Murder of Roger Ackroyd has created expectations from her readers and she is struggling to finish her new novel, The Mystery of the Blue Train. She suddenly disappears and, even though the entire country is looking for her, she turns up in a hotel only ten days later. She doesn’t remember what happened and the mystery was never solved, but Andrew Wilson creates a fantastic fictional story of what happened during these ten days in A TALENT FOR MURDER.

The novel starts with Agatha Christie at a train station in London. She is first attacked, then saved, and then blackmailed by the same man, a Dr Kurs who wants her to commit the perfect murder. Fearing not only for her life, but also for the lives of the people she loves, Agatha Christie has no choice but to disappears for ten days and do everything that this man asks her.

In my mind, Agatha Christie is the genius behind the creation of Hercule Poirot, Miss Marple and other amazing and twisty stories, but here Andrew Wilson portrayed her as a mother who loves deeply her daughter and would do anything to protect her; as a wife in love with her husband who hopes he won’t leave her; as a daughter still grieving over her mother’s death; as a bestselling author who feels the pressure of the readers; and, finally, as a woman who underestimates herself, her character, and her look. Andrew Wilson depicts her as a smart woman with a great mind, but by portraying her fears, her hopes and her insecurities, he makes her more human.

The novel doesn’t focus only on Agatha Christie, but also on other characters that play a role in the story. Dr Kurs is portrayed as a diabolic and dark man, like a villain out of one of Agatha Christie’s mysteries. Then there is Superintendent William Kenward, the detective in charge of the investigation of Agatha Christie’s disappearance. He thinks that she is dead and that her husband has something to do with it and he wants to prove it. Although he seemed like a good man, I found him a little too pretentious and self-assured. And finally, my favorite character, Una Crowe. She is a young girl, turned journalist, who is investigating the author’s disappearance. I like her because she is determined, she wants to prove to the world that she is not just a rich girl with no ambition in her life, but she has brain and she knows how to use it.

Beautifully written and carefully plotted, A TALENT FOR MURDER is a gripping and captivating novel and it is out now, so I suggest you go out and buy it. 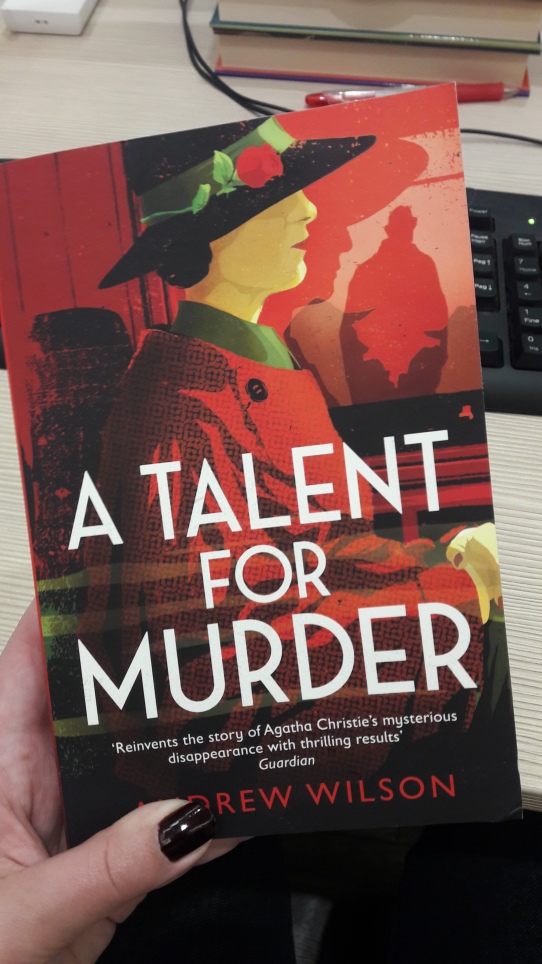