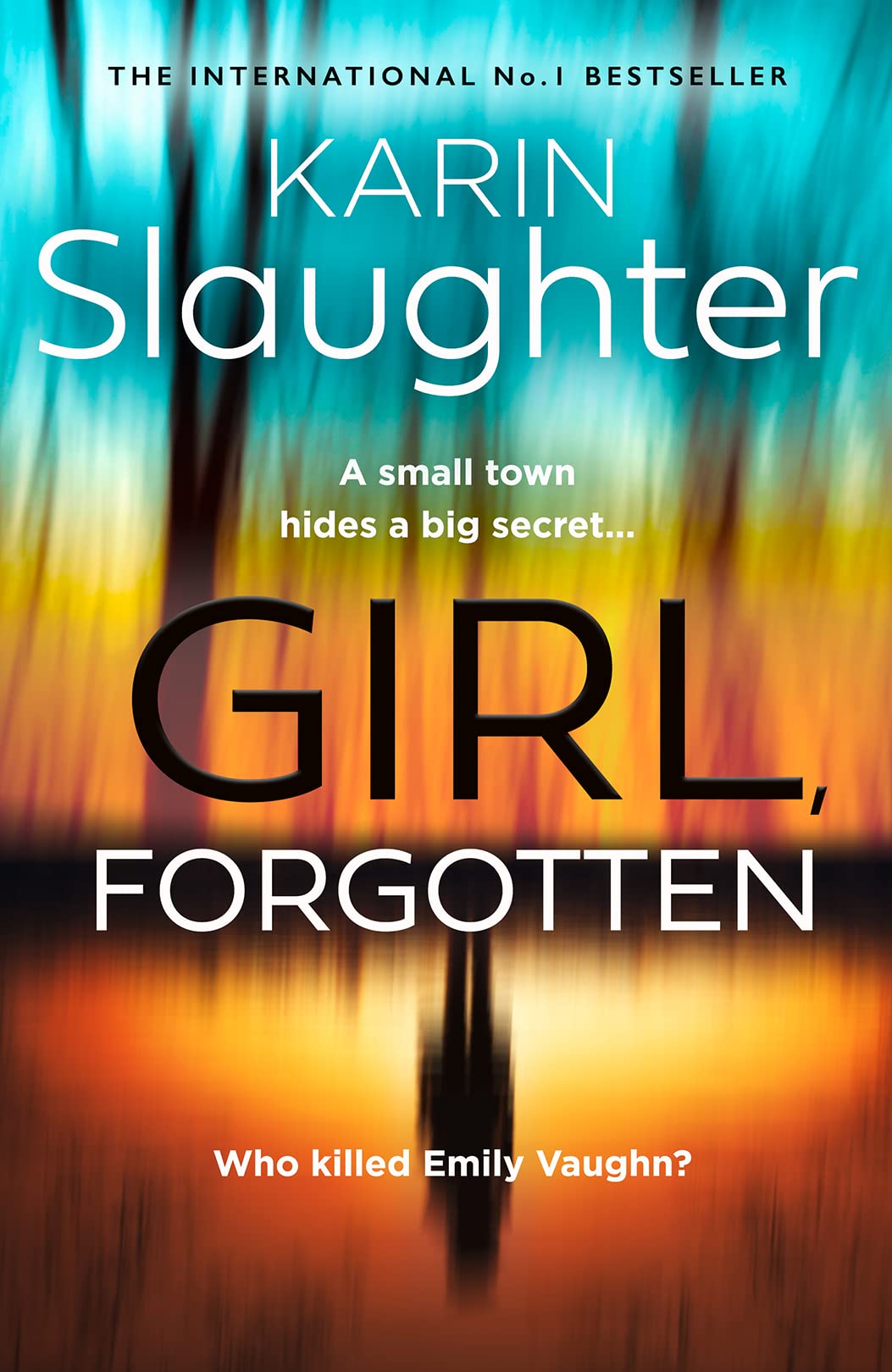 A girl with a secret…
Longbill Beach, 1982. Emily Vaughn gets ready for prom night, the highlight of any high school experience. But Emily has a secret. And by the end of the evening, she will be dead.

A murder that remains a mystery…
Forty years later, Emily’s murder remains unsolved. Her friends closed ranks, her family retreated inwards, the community moved on. But all that’s about to change.

One final chance to uncover a killer…
Andrea Oliver arrives in town with a simple assignment: to protect a judge receiving death threats. But her assignment is a cover. Because, in reality, Andrea is here to find justice for Emily – and to uncover the truth before the killer decides to silence her too…

Karin Slaughter is one of my auto-buy authors. Whether it is a new Will Trent novel, or a stand alone, or an Andrea Oliver new novel, I am going to read it.

Girl, Forgotten is the second book in the Andrea Oliver series and it takes place two years after the events of Pieces of Her. Andy Oliver has just finished her training as a US Marshal and her first assignment is to protect judge Esther Vaughan who has been receiving threats. Her daughter Emily was killed forty-years earlier, the killer never found, and Andy has her own personal reasons to get closer to the judge and investigate her daughter’s murder. Andy and her new partner Leonard Bible arrive to Longbill Beach to protect the judge, but they also come across a series of suicides of young women who were volunteering at a local fava bean farm.

In 1981, eighteen-year-old Emily Vaughan discovers she is pregnant after attending a party with her friends. She doesn’t remember anything of that night, but she could never believe that any of her friends would hurt her. Shunned not only from her family and friends, but from the entire community of Longbill Beach, Emily is determined to find out who the father of her baby is.

The story is told from two different points of view and the chapters alternate on two different timelines. The plot is compulsive, dark, and gripping. Some of the themes can be disturbing and not easy to read (especially the way Emily is treated following her pregnancy), but luckily the new character of Leonard Bible, Andy’s US Marshal partner, brings some comic-relief moments with his relationship with his wife Cussy and his witty humor.

I liked how the character of Andy has developed since Piece of Her. Even though her past and the truth about her father still haunt her, she is more independent, determined, and she has found a job she is really good at. I really liked this version of Andy and I enjoyed how her relationship with her mother Laura has grown.

Once again, Karin Slaughter didn’t disappoint and created another thrilling and immersive story and I am already hoping for a sequel very soon… I want more of Andy, Mike, Laura, and Bible!

A huge thank you to HarperCollins UK and NetGalley for providing me with a proof of the novel.

Karin Slaughter is one of the world’s most popular storytellers. Published in 120 countries with more than 40 million copies sold across the globe, her novels have all been Sunday Times bestsellers. Slaughter lives in Atlanta, Georgia, and is the founder of the Save the Libraries project―a nonprofit organization established to support libraries and library programming. Her standalone novel Pieces of Her is now a Netflix series, and the Grant County and Will Trent series are in development for television.