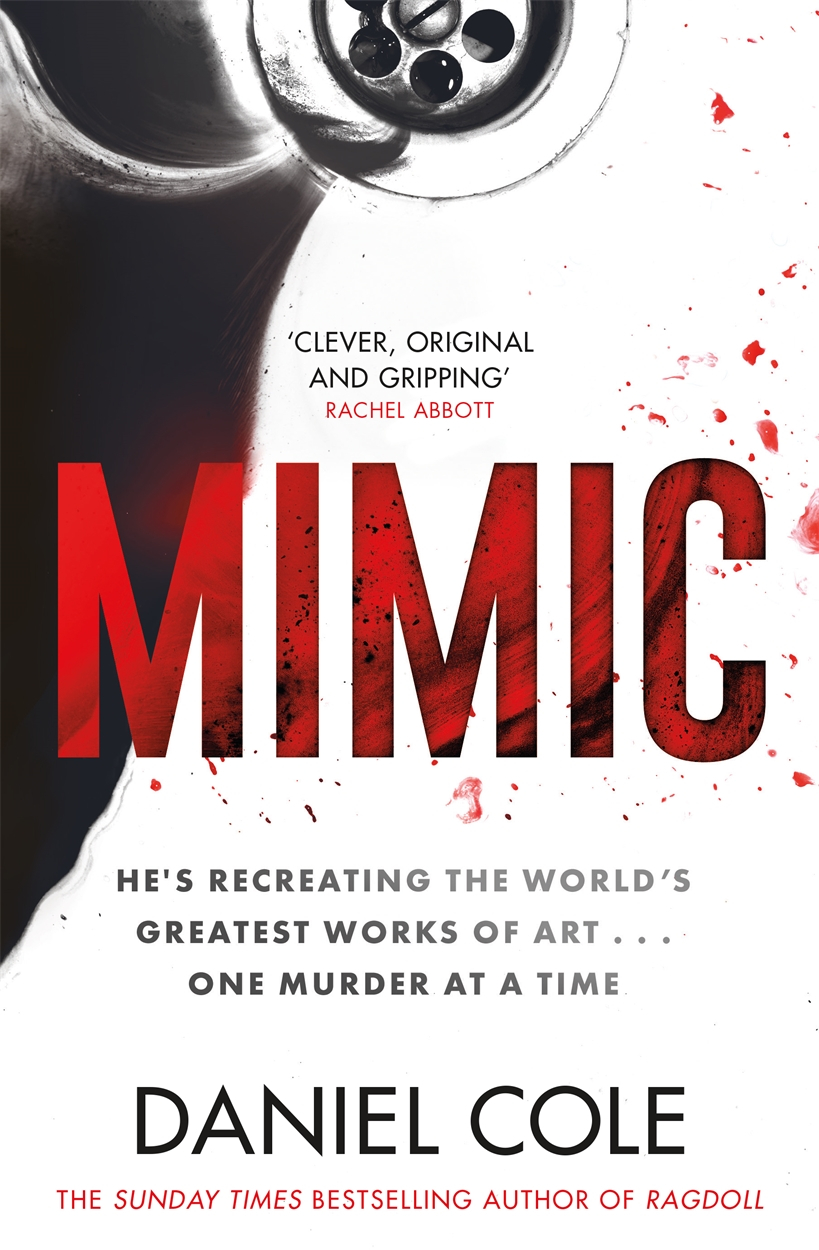 1989
DS Benjamin Chambers and DC Adam Winter are on the trail of a twisted serial killer with a passion for recreating the world’s greatest works of art through the bodies of his victims. But after Chambers almost loses his life, the case goes cold – their killer lying dormant, his collection unfinished.

1996
Jordan Marshall has excelled within the Metropolitan Police Service, fuelled by a loss that defined her teenage years. Obsessed, she manages to obtain new evidence, convincing both Chambers and Winter to revisit the case. However, their resurrected investigation brings about a fresh reign of terror, the team treading a fine line between police officers and vigilantes in their pursuit of a monster far more dangerous and intelligent than any of them had anticipated…

I adored Daniel Cole’s Ragdoll series so I have been looking forward to his new project with some trepidation and excitement and I wasn’t disappointed.

The first part of Mimic is set in 1989. DS Benjamin Chambers arrives on the scene of a murder in Hyde Park where the victim has been set up as a statue. DC Adam Winter is the first officer on the scene and, when another murder occurs, the two pair up to find a serial killer who seems to recreate famous works of art with his victims. Despite getting very close to catching the killer, things go very wrong. Jump forward to 1996 and Chambers and Winter have been trying to forget all about the case until they are called back to action by trainee narcotics officer Jordan Marshall who has been investigating the case during her free time. Jordan has her demons to face and her personal reasons for investigating. When the murders start again, Chambers, Winter, and Marshall team up to stop the killer once and for all.

How can one not enjoy a novel that is both dark and entertaining? A story that is full both of suspense and humor? Mimic is all of this and more. The characters are intriguing, entertaining, and very likable and I enjoyed the twisty and chilling plot accompanied by the witty dialogues that made me laugh out aloud on more than one occasion and a clever writing style that keeps me glued to the pages. Riveting, original, and engrossing, Mimic is another must-read by Daniel Cole and I highly recommend you give it a try (together with the Ragdoll series)!

A huge thank you to Ellen and Orion for providing me with a proof of the novel.

Daniel Cole is the Sunday Times bestselling author of the RAGDOLL series, with over half a million copies sold worldwide in 35 territories. Daniel has worked as a paramedic, an RSPCA officer and the RNLI, and now writes full-time.

To learn more about Daniel visit his twitter page @DanielColeBooks