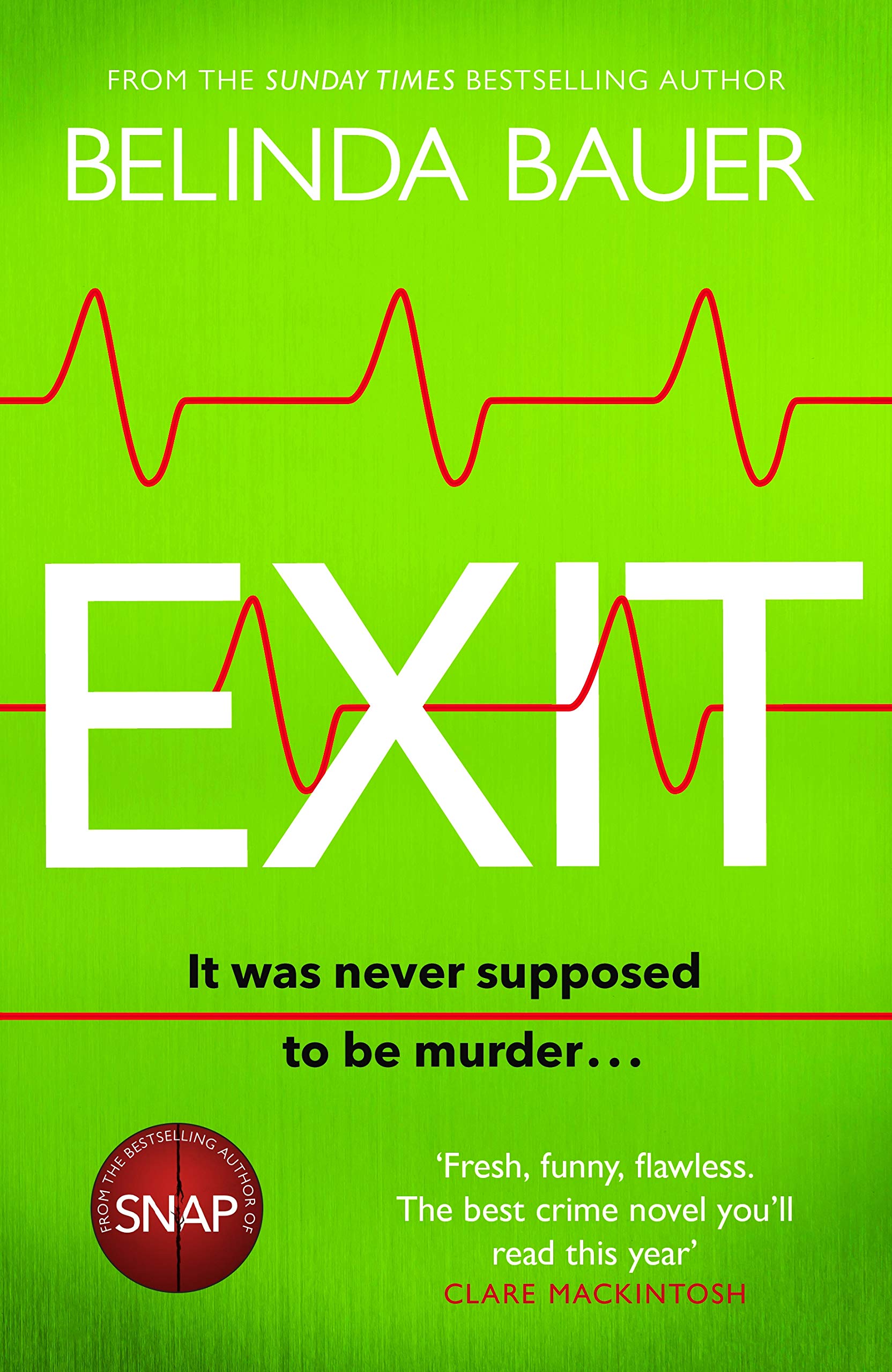 IT WAS NEVER SUPPOSED TO BE MURDER . . .

Pensioner Felix Pink is about to find out that it’s never too late . . . for life to go horribly wrong.

When Felix lets himself in to Number 3 Black Lane, he’s there to perform an act of charity: to keep a dying man company as he takes his final breath . . .

But just fifteen minutes later Felix is on the run from the police – after making the biggest mistake of his life.

Now his world is turned upside down as he must find out if he’s really to blame, or if something much more sinister is at play. All while staying one shaky step ahead of the law.

Exit is the new novel by Belinda Bauer and it’s full of mystery and twists and it focuses on the theme of euthanasia and loss.

Seventy-five-year-old Felix has known his own share of suffering, loss, and grief in his life and now, a pensioner, he is an Exiteer and he helps others to end their own suffering. Who are the Exiteers? They assist people to die when they choose to end their agony due to a terminal illness, all within the limits of legality. Felix has kept company to many people during their last moments and, in his latest assignment in Number 3 Black Lane, he is accompanied by twenty-three-year-old Amanda. Everything seems to go as smoothly as usual until something goes very wrong and the police declares the death a murder and Felix is on the run.

The two main protagonists of the novel are Felix and detective Calvin Bridge. I adored the character of sweet and kind-hearted Felix who just wants to do the right thing. He is still facing his painful past and I really felt for him. While he tries to figure out what went wrong in Number 3 Black Lane, the police is also investigating led by detective Calvin Bridge. He is also an interesting and favorite character and I enjoyed his easy relationship with his colleagues and I liked how he develops throughout the novel.

Exit is not a fast-paced thriller, but the suspense is high and there is a lot of humor and wit. Brilliantly-written and with a clever and entertaining plot, this is another gripping and dark novel by one of my favourite crime authors and I highly recommend all crime fans – and not – to not miss it!

A huge thank you to Transworld and NetGalley for providing me with a proof of this novel.

Belinda Bauer grew up in England and South Africa and now lives in Wales. She worked as a journalist and a screenwriter before finally writing a book to appease her nagging mother. With her debut, Blacklands, Belinda was awarded the CWA Gold Dagger for Crime Novel of the Year. She went on to win the CWA Dagger in the Library for her body of work in 2013. Her fourth novel Rubbernecker was voted 2014 Theakston Old Peculier Crime Novel of the Year. In 2018 her eighth novel, Snap, was longlisted for the Man Booker prize. Her books have been translated into 21 languages. She has also written the thriller High Rollers under the pen-name Jack Bowman.