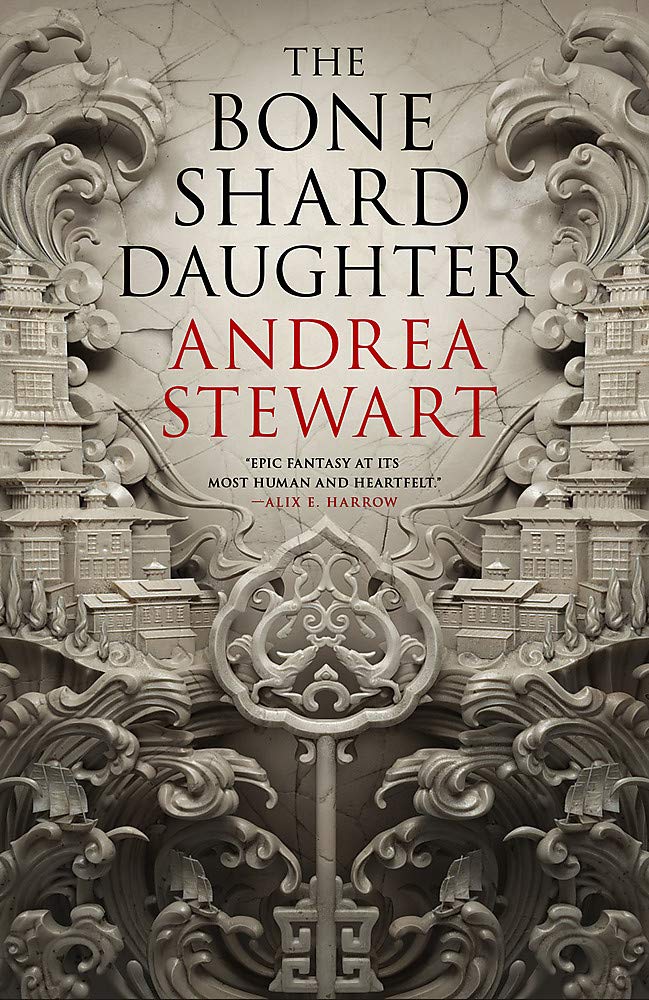 The Sukai Dynasty has ruled the Phoenix Empire for over a century, their mastery of bone shard magic powering the monstrous constructs that maintain law and order. But now the emperor’s rule is failing, and revolution is sweeping across the Empire’s many islands.

Lin is the Emperor’s daughter, but a mysterious illness has stolen her childhood memories and her status as heir to the empire. Trapped in a palace of locked doors and old secrets, Lin vows to reclaim her birthright by mastering the forbidden art of bone shard magic.

But the mysteries behind such power are dark and deep, and wielding her family’s magic carries a great cost. When the revolution reaches the gates of the palace itself, Lin must decide how far she is willing to go to claim her throne – and save her people.

The Bone Shard Daughter is an unmissable fantasy debut for 2020 – a captivating tale of magic, revolution and mystery, where a young woman’s sense of identity will make or break an empire.

I am delighted to welcome you on my stop for the blog tour of The Bone Shard Daughter, the fantastic debut novel by Andrea Stewart.

The Bone Shard Daughter is set in a world where the emperor controls his people through the use of constructs, creatures created from the parts of animals and the bone shards extracted from the bodies of children who sacrifice themselves for the good of the empire. The emperor’s daughter and adoptive son are learning to use the bone shard magic and they are in competition for the throne. One day, only one of them will take his place. In the meantime, there are people who wants to put an end to the empire, overthrow the emperor, and put an end to the sacrifice of children.

The Bone Shard Daughter is told from different points of views which was very well executed. It starts with Lin, the emperor’s daughter. Lin has lost her memories and she is constantly trying to prove to her father that she could be a worthy successor. I really liked this character because she has a very gripping storyline, with her secrets, her deception, and her spying, and I think that she has the greatest twist in the story. My other favourite character is Jovis. He is a smuggler with a conscience. His endless search for his wife, who mysteriously disappeared seven years earlier, is often interrupted by his involuntary rescue of children. I loved his sarcasm and the way he always manages to get out of dangerous situations, but, above all, I enjoyed his relationship with Mephi, the magical creature that he rescued during one of his escapes from trouble.

The other points of views are Phalue and Ranami. They are in love, but their different upbringing and ideals often puts a strain in their relationship. Phalue is the governor’s daughter convinced that everything will be fine once she takes her father’s place. Ranami is the orphan who grew up poor and alone and who wants to change the world. Lastly but not least, there is Sand. Sand is on a island picking up mangoes all day long. Like the other people on the island, she has no memory of her past, until, one day, she starts questioning her life: why can’t she remember her past life? How did she get on the island?

The Bone Shard is really a superb debut. The characters are easy to love and very well-crafted. The world building is incredible and gorgeous and the plot is intricate and carefully-planned. This is a novel that fantasy readers and non will fall in love with and I can’t wait to read the sequel. Highly recommended!

A huge thank you to Tracy and Orbit for inviting me to join the blog tour and providing me with a copy of the novel. 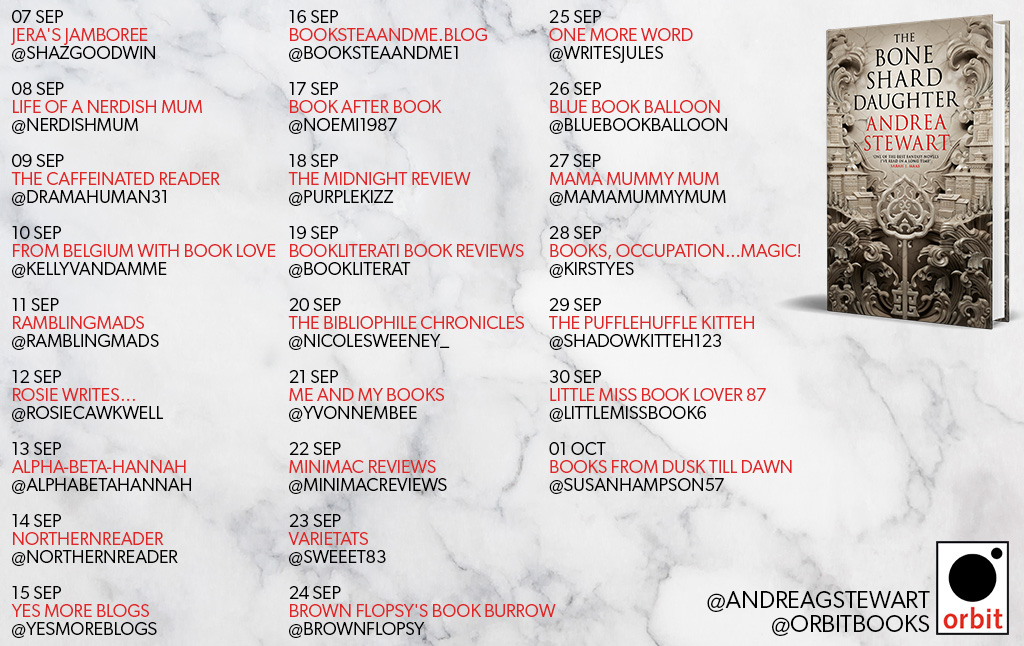 Andrea Stewart is the Chinese American daughter of immigrants, and was raised in a number of places across the United States. When her (admittedly ambitious) dreams of becoming a dragon slayer didn’t pan out, she instead turned to writing books. She now lives in sunny California.