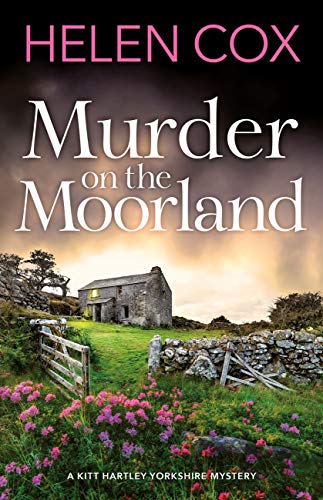 Kitt Hartley wakes to the news that a murder has been committed in Irendale, a village high on the wild Yorkshire moors where her boyfriend, DI Malcolm Halloran lived with his ex-wife until she, too, was murdered. The MO of the two crimes is identical, right down to the runic symbols carved into the victims’ hands.

Unable to leave it to the local police to solve, Kitt and Halloran travel to Irendale, where a literary mystery awaits. A line of Anglo-Saxon poetry found on the victim leads to a hiding place, and another cryptic clue. What is the connection to the murder of Halloran’s wife all those years ago?

It will take the combined ingenuity of Kitt and Halloran, as well as Evie Bowes, Grace Edwards and, despite their best efforts, Ruby the (possible) psychic to solve this case. The moors may be beautiful, but they’re not peaceful!

Today, I am delighted to take part in the media blast to celebrate the publication in paperback of Murder on the Moorland by Helen Cox.

Murder on the Moorland is the third book in the series featuring Kitt Hartley, a librarian turned detective. I have been reading and loving this series since the publication of the first novel, Murder by the Minster, in which Kitt Hartley finds herself involved in the investigation of the murder of her best friend’s boyfriend. It is in this first novel that Kitt meets and falls in love with DI Malcolm Halloran whose personal story is at the center of Murder on the Moorland.

The couple travels to Irendale, the village where Malcolm lived with his wife Kamala until she was killed by a serial killer. His return to Irendale is caused by the murder of a young woman. The crime is identical to Kamala’s, but her killer is in prison. Is it a copycat or did the killer somehow manage to kill from inside a prison cell? Even though this isn’t his case, Malcolm can’t stay away from it and Kitt, with her deep knowledge of literature and symbols, and with the aid of her friends Evie, Grace, and Ruby helps him find out the truth.

Full of twists, puzzles, and dangerous villains, Murder on the Moorland is a fantastic addition to this series. I love the character of Kitt. She is smart, funny, and bookish and we get to know more about Malcolm and his past. This investigation is deeply personal for both her and Malcolm and I enjoy how their relationship develops.

The entire Kitt Hartley Yorkshire Mysteries series is well-written, intriguing, and engrossing, the perfect read for all cozy mysteries fans. Murder on the Moorland can be easily read as a stand-alone, but I highly recommend the first two novels, too, while I am already looking forward to the next novel.

A huge thank you to Ella and Quercus for providing me with a copy of the novel. 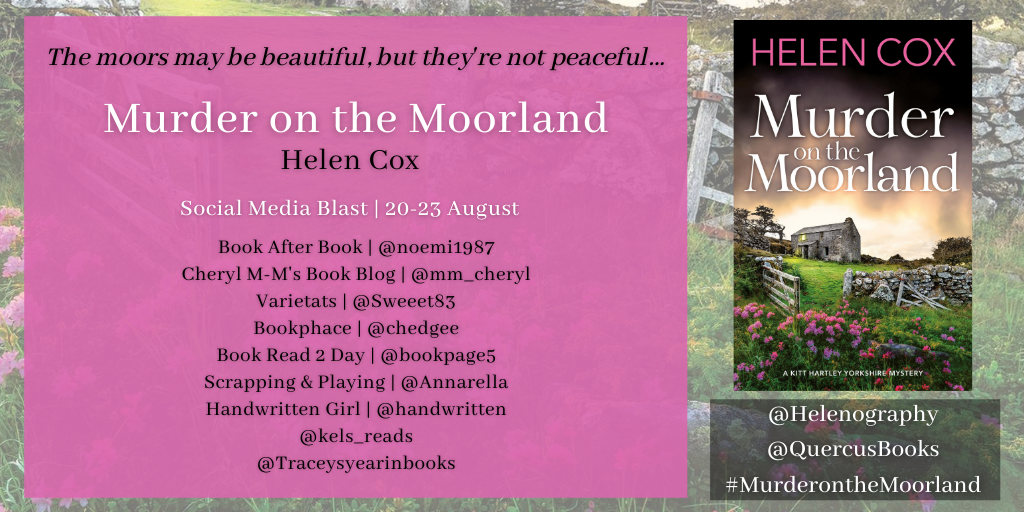