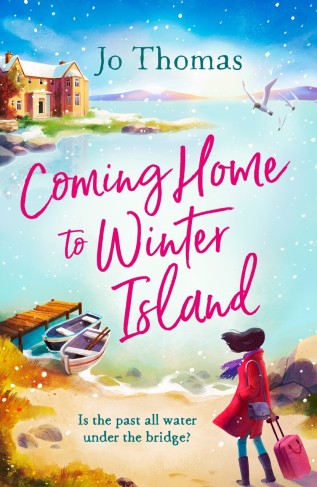 Do you need to find out where you’ve come from before you can know what the
future holds?

Ruby’s singing career is on the verge of hitting the big time, when her voice breaks.
Fearing her career is over, she signs up for a retreat in Tenerife to recover.

But an unexpected call from a stranger on a remote Scottish island takes her on a short
trip to sort out some family business. It’s time to go and see the grandfather she’s never met.

City girl Ruby knows she will be happy to leave the windswept beaches behind as quickly as she can, especially as a years-old family rift means she knows she won’t be welcome at Teach Mhor.

But as she arrives at the big house overlooking the bay, she finds things are not as
straightforward as she might have thought.

It’s my pleasure to welcome you on my stop for the blog tour of Coming Home to Winter Island, the new festive novel by Jo Thomas. A huge thank you to Anne Cater for inviting me to join the blog tour and to Headline for providing me with a copy of the novel.

Ruby is having the chance of her lifetime: singing in front of a music producer to get a record deal and become a famous singer. This is what Ruby, her band, and her boyfriend Joe have been waiting for. The only problem is that Ruby’s voice doesn’t come out. The doctor recommends her to rest, so she books herself to a retreat in Tenerife to get her voice back. But first she has to make a stop to Winter Island, a small island off the Scottish coast to visit a grandfather she never met. As his only living relative, Ruby is responsible for him and while she would like to send him to a nursing home where he will be well taken care of, there is someone in her grandfather’s house who doesn’t agree with her. So Ruby’s stop will be longer than she expected.

Coming Home to Winter Island is heart-warming and entertaining story: there are regrets, new beginnings, the importance of family, friends, and love, and  coming to term with one’s past while figuring out the future, regrets, new beginnings. The emotional moments don’t lack, but there is also some fun. I liked the characters, especially Ruby who, at the beginning, I found a bit annoying and self-centered but I liked how she develops. And I loved the setting and the evocating and close-community atmosphere of the island that makes you understand why the residents love it so much and wouldn’t want to leave it.

Jo Thomas did it again and created a beautiful and uplifting novel that will keep you glued to the pages. 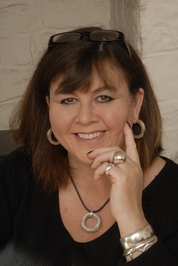 Jo Thomas worked for many years as a reporter and producer, first for BBC Radio 5, before moving on to Radio 4’s Woman’s Hour and Radio 2’s The Steve Wright Show. In 2013 Jo won the RNA Katie Fforde Bursary. Her debut novel, The Oyster Catcher, was a runaway bestseller in ebook and was awarded the 2014 RNA Joan Hessayon Award and the 2014 Festival of Romance Best Ebook Award. Jo lives in the Vale of Glamorgan with her husband and three children.