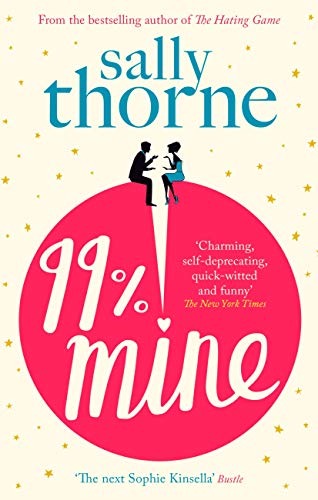 crush (n.): a strong infatuation, particularly for someone beyond your reach . . .

Darcy Barrett found her dream man at age eight – ever since, she’s had to settle for good enough. Having conducted a global survey of men, she can categorically say that no one measures up to Tom Valeska, whose only flaw is that he’s her twin brother Jamie’s best friend – oh, and that ninety-nine of the time, he hasn’t seemed interested in her.

When the twins inherit their grandmother’s tumble-down cottage, they’re left with strict instructions to bring it back to its former glory. Darcy plans to leave as soon as the renovations start, but before she can cut and run – her usual MO – she finds a familiar face on her porch: Tom’s arrived bearing power tools, and he’s single for the first time in almost a decade.

Suddenly Darcy’s sticking around. Sparks start to fly – and not just because of the faulty wiring. But a one percent chance with Tom is no longer enough. This time around, Darcy’s switching things up. She’s going to make Tom Valeska ninety-nine percent hers.

If you loved Sally Thorne’s previous novel, The Hating Game, then you are going to ADORE this one. It’s romantic, hilarious, and captivating, the perfect read for this hot summer.

Darcy Barrett has been running away her whole life, traveling around the world as soon as possible. And now she is preparing to leave home again, as soon as the renovations of the house her grandmother left her are done. The only problem? The contractor doing the job is none other than Tom Valeska, her first and only true love. And how can she stay away from him when he is so sweet, caring, and funny?

I really enjoyed this book. I laughed a lot and I didn’t want it to end. The witty exchanges between Darcy and her brother Jamie were hilarious. They are twins, they take care of each other, but they have completely different personalities that clash over and over again. The relationship between Darcy and Tom is beautiful. They are obviously attracted to each other and it was funny to read Darcy trying to provoke and seduce him, while he tried to keep their relationship on the friendship zone. Tom is the typical nice guy who follow the rules and tries to make everyone happy. Darcy often describes him as “perfect”. On the other hand, Darcy is impulsive, jumping in and out of planes, ready for her next adventure. I loved see their relationship develop from friendship to love, with all its bumps and misunderstanding.

99% MINE is a refreshing, fast-paced and engaging read that features fantastic characters and Sally Thorne’s brilliant and clear writing that made me fly through the pages. Highly recommended!

A huge thank you to Jo and Piaktus for providing me with a copy of the novel.