In March, I had the pleasure to take part in the blog tour for THE MAGNIFICENT MRS. MAYHEW, the latest entertaining novel by the ‘Queen of Feel-Good Fiction’ Milly Johnson. It quickly became my favourite book by this author and, since it is published today in paperback, it’s my absolute pleasure to share again my review of this fabulous novel. 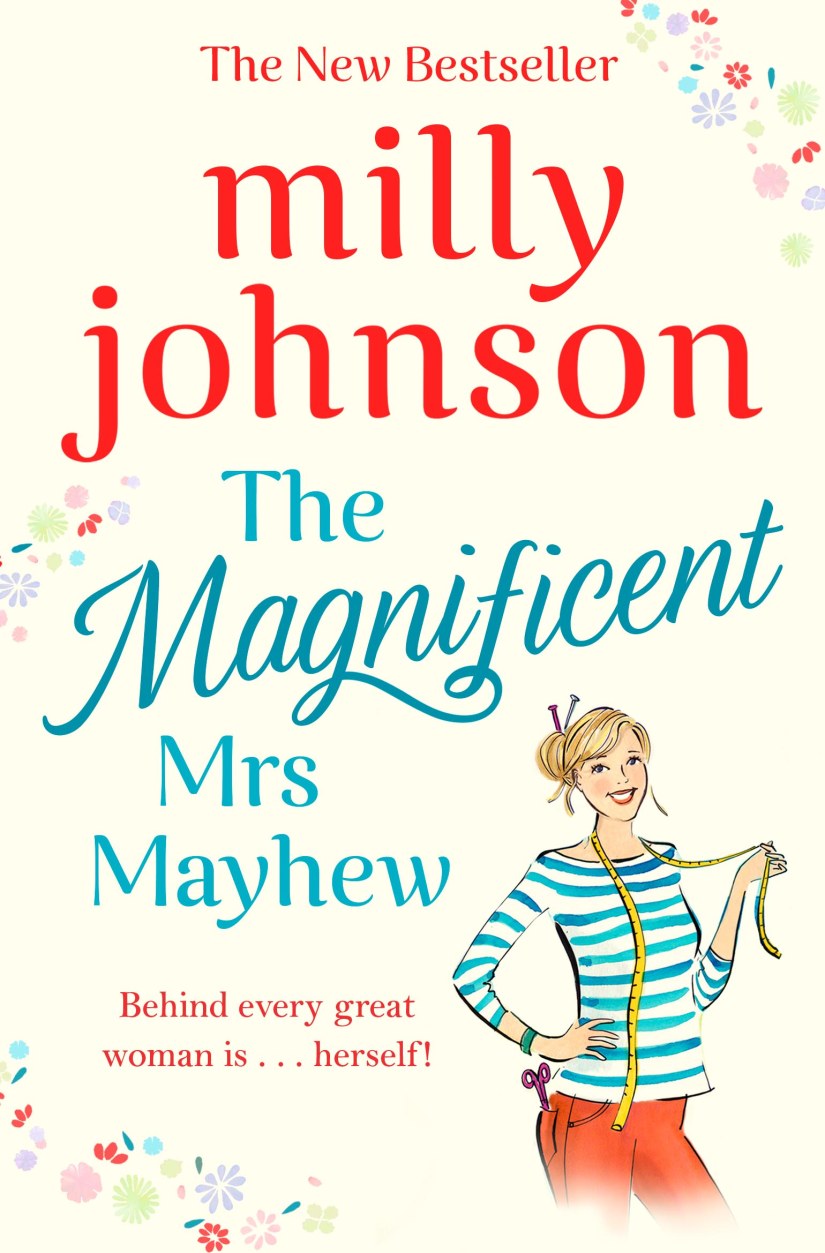 Sophie Mayhew looks like she has the perfect life. Wife of rising political star John F Mayhew, a man who is one step away from the top job in the government, her glamour matches his looks, power, breeding and money. But John has made some stupid mistakes along the way, some of which are threatening to emerge. Still, all this can still be swept under the carpet as long as Sophie ‘the trophy’ plays her part in front of the cameras.

But the words that come out of Sophie’s mouth one morning on the doorstep of their country house are not the words the spin doctors put in there.  Bursting out of the restrictive mould she has been in since birth, Sophie flees to a place that was special to her as a child, a small village on the coast where she intends to be alone.

But once there, she finds she becomes part of a community that warms her soul and makes her feel as if she is breathing properly for the first time. Sophie knows she won’t be left in peace for long. Now she must decide: where does her real future lie?

Sophie Mayhew was raised to believe that her role was to support always her husband, no matter what he does. And as the wife of beloved politician John F. Mayhew, Sophie’s life is always under scrutiny, from the clothes she wears to the expression on her face. Sophie is happy to play the good wife, standing by her husband’s side and helping him in his rise into the government. Until scandal breaks out and when, once again, Sophie has to put her husband first, she decides she has had enough. She runs away from her cold and selfish family to the only place she had once been happy. There she becomes Pom, a French woman seeking refuge and anonymity and she meets a group of people who are genuinely interested in her and don’t use her to their advantage. Will Sophie go back to real life and her troubled marriage or will she choose a life of animosity?

Milly Johnson created a cast of characters that feel realistic and mostly likable. I loved the character of Sophie, even when she played the cold and submissive wife. She comes from a wealthy and unloving family and she marries into a greedy and unemotional family. I felt for her and cheered her on as she finds her place in the world and she rebels against her family. She finds in Tracey, Elliot, and Luke new friends who help during her time of need and make her realize what she really wants.

I am a big fan of Milly Johnson’s books and THE MAGNIFICENT MRS MAYHEW is, without doubt, my favourite novel by Milly Johnson. I found difficult to put it down. I was completely immersed in the story with its engaging, heart-warming, and inspiring plot. Themes of friendship, love, and family take the stage and kept me entertained from the first to the last page.

You can’t never go wrong with a Milly Johnson’s novel and THE MAGNIFICENT MRS MAYHEW is definitely a novel to add to your TBR pile! 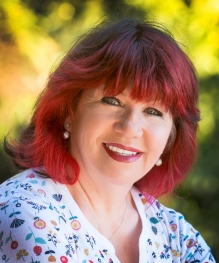 Milly Johnson is a Sunday Times Top 5 bestselling author of fifteen novels with millions of copies of her novels sold to date. Known as the ‘Queen of Feel_Good Fiction’, Milly’s novels always feature friendship, family, love, betrayal, good food and that little bit of magic in life that sometimes visits the unsuspecting. Milly is a columnist for her local newspaper and is an experienced broadcaster on radio and TV. She is also a patron of several local charities with community, literacy and animal welfare issues close to her heart.