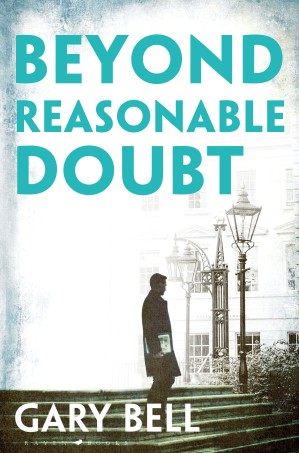 Elliot Rook QC is one of the greatest barristers of his generation.

He is also a complete fraud.

Elliot Rook is the epitome of a highly successful, old Etonian QC. Or so everyone believes. In fact, he is an ex-petty criminal with a past that he has spent decades keeping secret. Until now.

An unidentified young woman of Middle Eastern origin has been found murdered on the outskirts of Rook’s home town. Billy Barber – a violent football hooligan and white-supremacist – is accused of her murder. Barber insists that Rook must defend him. If Rook refuses, Barber will expose him, bringing crashing to the ground the life and career that Rook has spent his life building.

The truth is there for the finding. But at what cost?

The start of a thrilling new legal series, perfect for fans of Robert Galbraith and The Secret Barrister, written by an acclaimed QC

Welcome to my stop for the blog tour of BEYOND REASONABLE DOUBT, the thrilling new novel by Gary Bell. A huge thank you to Emma and Bloomsbury Raven for inviting me to join the blog tour and providing me with a proof of the novel.

I do love court room drama so I was really intrigued by the blurb of BEYOND REASONABLE DOUBT and once I started reading it I couldn’t stop. The protagonist of the novel is Elliott Rook, a respected QC with a troubled past that risk to come to light if he doesn’t accept to defend Billy Barber, an old acquaintance, accused of brutally murdering a young unidentified woman. With the help of his new bright and resourceful junior assistant (his Rookie), Zara Barnes, Elliott sets off to prove Billy’s innocence, even if that means going back to a place and a past he left behind a long time ago.

First of all, let me say that I don’t know anything at all about the role of the QC and the British justice system, but I found the author’s attention to details in describing the behind the scenes of court rooms very fascinating and informative. As a matter of fact, my favourite part of the novel was the Old Bailey trial. The scenes were tense, provocative, full of surprises, and so well-described that I could picture it all in my head and I found myself completely captivated.

Elliott and Zara are an unlikely and yet well-matched pair. He is dark and  a bit cocky while Zara is the confident and friendly young woman who comes into his life at a moment when nothing is going in the right way. I liked how their relationship developed, trusting each other and forming a sort of friendship, and I am really looking forward to reading more about the two of them.

BEYOND REASONABLE DOUBT is a well-written, intriguing thought-provoking first book in a series that I plan to keep reading and I highly recommend! 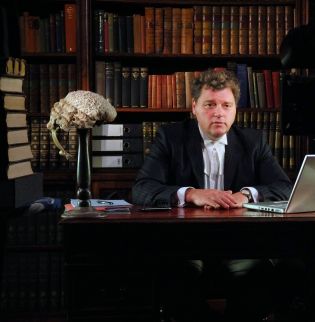 Born into a coal mining family, Gary Bell QC left school without any qualifications and was an apprentice mechanic, fork lift truck driver, production line worker, builder, fireman and door-to-door salesman, as well as a notorious football hooligan, before being arrested for fraud aged 18. After a brief stint in prison he set off to seek fame and fortune abroad and, after two years drifting around Europe ended up penniless and homeless. He next enrolled in a FE College to study his O and A levels, and then went on to study law as a mature student at Bristol University where he ‘became’ an Old Etonian. After graduating he spent a year as a litigation lawyer in Beverly Hills before coming back to England to become a barrister. He has spent over thirty years at the Bar, specialising in defending in major fraud and murder trials, becoming a QC in 2012. Always on the look out for challenges and opportunities he has also been an award winning stand-up comedian; an after-dinner speaker (when at University he won several national debating competitions and was runner up in the World’s Humorous Debating Competition at Princeton); he has learned to fly a plane, hosted his own TV show (the Legalizer) on BBC1; writes regularly for national newspapers; has a column in The Spectator and wrote his best-selling autobiography, Animal QC.