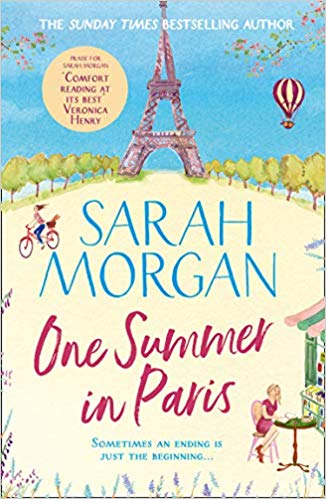 One charming bookshop, two unlikely friends, and a summer in Paris that will change their lives forever…

Grace can’t believe it when her husband of twenty-five years announces he doesn’t want to join her on their anniversary trip to Paris – instead, he wants a divorce. Reeling from the shock, Grace makes the bold decision to go on this holiday of a lifetime alone.

Audrey leaves behind heartache of her own when she arrives in Paris. A job in a bookshop is her ticket to freedom, but with no knowledge of the French language, her summer adventure seems doomed to fail. Until she meets Grace, and everything changes…

Living in neighbouring apartments above the bookshop, Grace and Audrey form an unlikely friendship. They came to Paris to find themselves, but finding each other might be the best thing that’s ever happened to them.

I am delighted to welcome you on my stop for the blog tour of ONE SUMMER IN PARIS, the fantastic new novel by Sarah Morgan and I’d like to thank Lucy and HQ for inviting me to take part in the blog tour and for providing me with a copy of the novel.

I am so so happy every time the queen Sarah Morgan publishes a new book. She creates charming stories with engaging and always likable characters set in beautiful places (I still think about spending a Christmas in Scotland thanks to her latest novel, The Christmas Sisters). This time, she takes the readers to spend the summer in the romantic and evocative Paris. Here we meet Grace and Audrey who arrive to the French capital to escape their problems at home. Grace is in her late forties, she has a teenage daughter about to leave home to go to college, and she’s been happily married to David for twenty-five years. Or so she thought, because on Valentine’s Day, which is also their anniversary, he announces her that he wants a divorce. Heartbroken, Grace decides to escape to the place where she had been happy before her world crumbled down when she was young. Here she meets Audrey. She is an eighteen years old girl who left behind London, her alcoholic mother, and her troubles at school. For Audrey Paris is freedom, but freedom doesn’t look as good as she thought when her job in a bookshop proves more difficult than she thought. 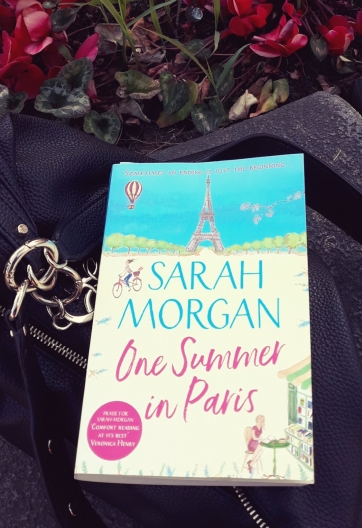 I loved the characters of Audrey and Grace who could be both different and similar at the same time. Audrey’s life is chaos while Grace is the queen of lists and organization, but both have family secrets that make them lie to other people. During an unforgettable summer, they help each other face their problems and overcome their limits and their unlikely friendship kept me completely captivated. Of course, Paris is not only the city of new beginning, but also the city of love as both Grace and Audrey find charming and handsome French men to keep them busy.

Paris itself is a protagonist of the novel. The author evocative descriptions of the city, the food, and the people made me fall in love with the city all over again and made me wish to hop on a plane for this fascinating city. Heart-warming, entertaining, and fresh, ONE SUMMER IN PARIS is another must-read for new and old Sarah Morgan’s fans. 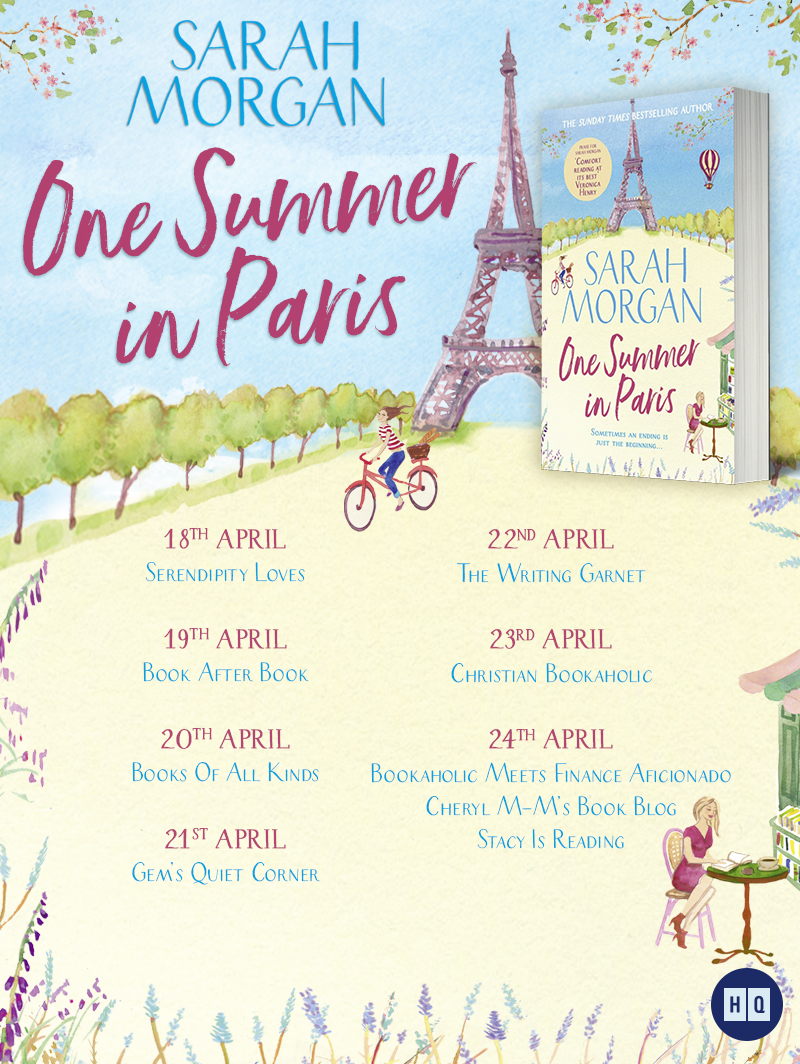 1 thought on “#BlogTour: ONE SUMMER IN PARIS by Sarah Morgan @SarahMorgan_ @HQstories @bookbellereads”