Alicia lives a life most dream of. She lives in a house in one of the most desirable areas of London. She is a famous painter, and her husband, Gabriel, is an in-demand fashion photographer. Her life is perfect.

That is, until one evening when Gabriel returns late from a fashion shoot and Alicia shoots him five times and then never speaks another word.

Theo Faber, a forensic psychotherapist, has been consumed with the case for five years, and is the only person able to unravel the mystery of why.

The Silent Patient is a heart-stopping debut thriller about a woman’s brutal and random act of violence against her husband – and the man obsessed with discovering why.

Welcome to my stop on the blog tour of THE SILENT PATIENT. I’d like to start by thanking Tracy Fenton for inviting me to take part and Poppy Stimpson and Orion for providing me with a copy of this brilliant and addictive novel.

This novel blew my mind. It held me captivated for two days and, weeks later, I still can’t stop thinking about it. It is outstanding, full of twists, and with a shocking ending from which I haven’t recovered, yet.

At the centre of the story is Alicia Berenson, a successful painter with a seemingly perfect marriage and life until, one night, she is found standing covered in blood and holding a gun next to the body of her dead husband, Gabriel. Why did Alicia kill her husband? But more importantly, why did she stop talking?

Alicia is a tragic and enigmatic character and, even though she doesn’t speak, we discover her side of the story through the pages of her journal: she writes about her art, her family, her friends, and her marriage to Gabriel. Alicia is not the only puzzle the reader tries to solve because the author takes us also inside the mind of Theo Faber, a forensic psychotherapist with an obsession for Alicia. For Theo, Alicia is a mystery that he is trying to uncover so he gets a job at The Grove, the mental institution where she is being treated, and becomes her new therapist. As Theo tries to get inside Alicia’s mind, we, the readers, are inside his head: his troubled childhood, his marriage, his years of therapy, his new job at The Grove. However, despite Theo’s honesty, he still has a few surprises for the reader.

Now, let’s talk about the ending. WOW!!! I really didn’t see it coming. After I read that shocking revelation I went back and read it again, because I wasn’t sure I read it right the first time. That is a big, jaw-dropping twist that left me speechless and made me appreciate how complex and masterly-plotted is the novel and how good is the author to never give anything away until the very end.

Unputdownable, chilling, original, superb, a stunning debut thriller that deserves all the rave reviews it’s getting, THE SILENT PATIENT is definitely the one book to read in 2019!!! 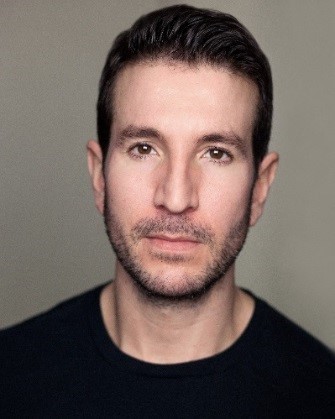 Alex Michaelides was born in Cyprus in 1977. He wrote the film The Devil You Know starring Rosamund Pike and co-wrote The Brits are Coming, starring Uma Thurman, Tim Roth, Stephen Fry, Parker Posey and Sofia Vergara. The Silent Patient is first novel. He was inspired to write it while doing a post graduate course in psychotherapy and working part-time at a secure psychiatric unit for two years. Brad Pitt’s Plan B are developing the film of The Silent Patient: they have won Best Film Oscars for The Departed, 12 Years a Slave and Moonlight.