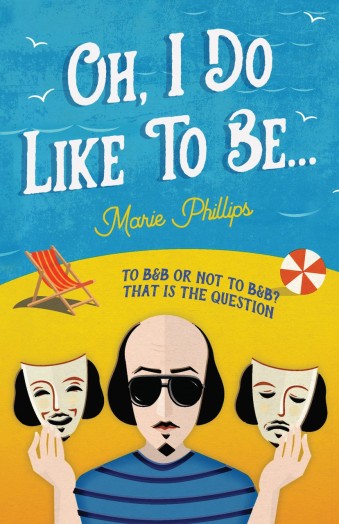 Shakespeare clone and would-be playwright Billy has just arrived in an English seaside town with his sister Sally, who was cloned from a hair found on the back of a bus seat. All Billy wants is a cheap B&B, an ice cream and a huge hit in the West End. Little does he know that their fellow clones Bill and Sal are also residents of this town. Things are about to get confusing – cue professional rivalry, marital discord and a family reunion like no other.

This modern update of The Comedy of Errors is what you get when Gods Behaving Badly author Marie Phillips decides to write an important, scholarly work about the life of William Shakespeare, reads the complete works, including the long poems nobody likes, and then decides to turn it into a witty, delightful romp that you can probably finish reading in an afternoon with two tea breaks.

Having studied Latin and Ancient Greek Literature in high school, I always loved comedies featuring mistaken identities, brothers and sisters separated at birth and then reunited, funny situations created by misunderstandings that, then, I found and loved in William Shakespeare’s The Comedy of Errors. So, when I read that OH, I DO LIKE TO BE is a “modern update” of the Shakespearean comedy, I was really looking forward to read it and I wasn’t disappointed.

Billy and Bill don’t know each other, but they have so many things in common. They both look like William Shakespeare, they are both playwrights (although one is very successful, while the other is not), they both have a sister, Sally and Sal, who look like each other. What else? Oh, right, together with their sisters, they are both clones created by a scientist, but they don’t know of each other existence.

For the last five years, struggling writer Billy and his sister Sally have been moving from town to town as Billy struggles to write a successful play. They arrive in a small town where successful playwright Bill lives with his wife and with his sister Sal. Bill has a secret to hide and Billy, who looks exactly like him, finds himself involved in his lies and deception causing a series of hilarious and improbable situations that made me laugh out aloud.

With a clear prose, engaging characters, and a little touch of fantasy (the clonation of Shakespeare) this was such an entertaining and quick read. The author’s writing style is simple and fluid, I literally flew through the pages. The characters are likable, funny, and a little simple-minded (especially Sally and Sal). Being familiar with The Comedy of Errors, I knew how the novel was going to end, but I still found a few surprises along the way that kept me entertained.

OH, I DO LIKE TO BE is a charming, enjoyable, and immersive read and I’d like to thank Anne Cater for inviting me to take part in the blog tour. 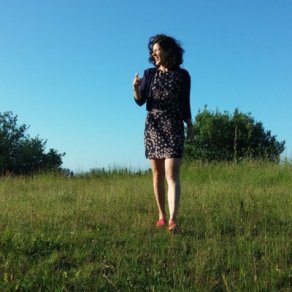 Marie Phillips is the author of the international bestseller Gods Behaving Badly and The Table of Less Valued Knights, which was longlisted for the Baileys Prize. With Robert Hudson, she wrote the BBC Radio 4 series Warhorses of Letters and Some Hay in a Manger. Under the name Vanessa Parody, she co-wrote Fifty Shelves of Grey, a spoof of Fifty Shades of Grey.

4 thoughts on “#BlogTour: OH, I DO LIKE TO BE… by Marie Phillips @mpphillips @unbounders @annecater #RandomThingsTours”