Money in the bank and his dream girl on his arm – life was looking pretty sweet for Kirby Baxter.

Of course it couldn’t last. Where would the fun be in that? This is a sequel after all.

After solving the murder of a movie starlet the previous year, Kirby is doing his best to live down his burgeoning reputation as part-time Interpol agent and amateur sleuth.

Million Dollar Madhouse is a reality TV show where a bunch of washed up celebrities are thrown together in a dilapidated mansion while their attempts to renovate the building are broadcast 24/7 for the viewers delight.

When one of the cast members turns up dead the local police turn to the only celebrity detective in town for help and draft an unwilling Kirby into their investigation.

The first body is only the beginning of another rip-roaring adventure for Kirby Baxter and with Gustav his loyal driver/valet/bodyguard/gardener/chef/ass-kicker at his side, our hero plunges into the fray with his usual stunning displays of deductive reasoning and sheer bloody luck.

A quiet town, a mansion in need of renovations, and celebrities past their times. Add a murder and a cast of colorful characters and you have an engaging and captivating read.

The protagonist of the novel is Kirby Baxter, a cartoonist who, after winning the lottery, travelled around Europe and became an amateur sleuth after solving murders that the police couldn’t figure out. Now a consultant for Interpol, he is trying to lead a normal and tranquil life with his girlfriend Molly. But when a reality show is being filmed in his town and one of the cast members is killed, Kirby has no choice but help the police in the investigation.

Kirby Baxter is clever and he has a sharp eye. He is a mixture between Sherlock Holmes, for his attention to details, and Miss Marple, because everywhere he goes he finds himself mixed-up in murders. This time he is involved in a world of reality shows, celebrities from the past who no one remembers, and blackmail. He is helped in the investigation by his girlfriend Molly, by Gustav, the ever-present bodyguard, driver, chef, and valet, and by Shelley, Molly’s cousin and a journalist desperate for a story for her website. Those three characters make the story more livelier and more eventful (even Gustav who never talks) and they kept me engrossed with their shenanigans and dialogues.

The novel is very well-written, captivating, and enjoyable. It’s a story full of mystery, but also hilarious moments that will make you laugh out loud. Since it’s the second book in a series I am definetely going to get the first one and I am already looking forward to the next story and I’d like to thank Emma Welton, Damppebbles Blog Tours, and Farhenheit Press for providing me with a copy of the book and for inviting me to take part in the blog tour. 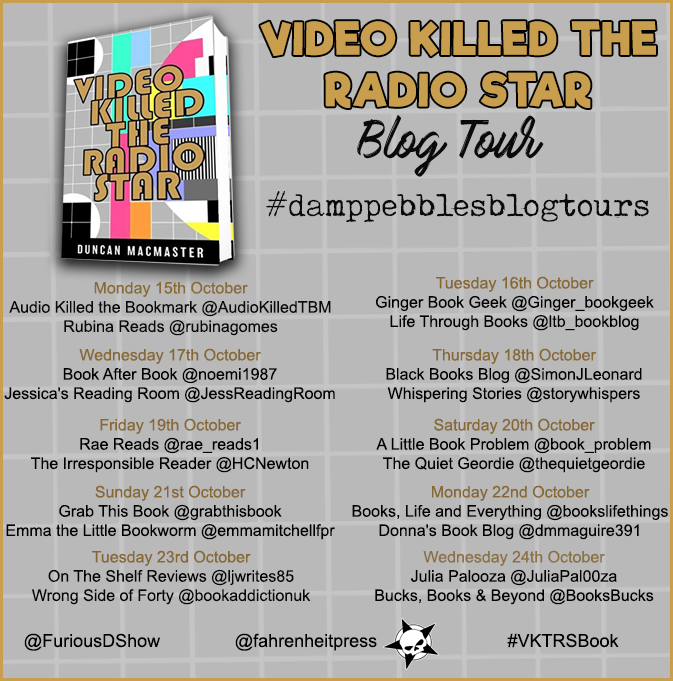 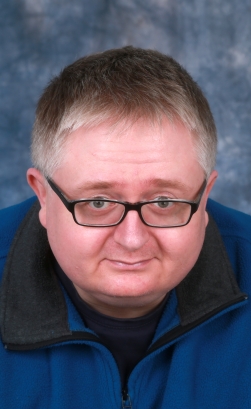 Duncan MacMaster is a writer, pop-culture blogger, and film school survivor from the untamed wilds of Eastern Canada.
When he’s not concocting plots for Kirby Baxter to unravel he’s posting rants and rages about the business behind pop-culture on his blog.