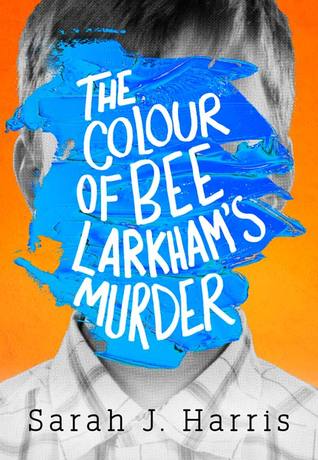 I really loved this novel. It is unique, a murder story whose protagonist is a young boy who sees the world in a different way from the rest of the world.

“I am glad I am not like most other teenage boys because I get to see the world in its full multi-coloured glory.”

Jasper is 13 years old. He lives with his father in a quiet street in Richmond. Jasper has synaesthesia, which means he sees sounds as colours. Also, he has prosopagnosia so he can’t recognise people’s faces. He spends his days painting, observing parakeets from his bedroom window, and keeping note of everything that happens in his neighbourhood.

Bee Larkham is a young woman who just moved across the street. She is soon causing trouble in the neighbourhood with her loud music (which Jasper also loves) and the parakeets in her garden. Now the police wants to question her about her relationship with a 15-year-old boy, but she’s disappeared. Jasper knows what happened to her, but his memories are unclear so he goes through his notebooks to remember what really happened the night Bee disappeared.

I really felt for Jasper. The adults around Jasper don’t understand him. They think that because of his learning disabilities he doesn’t understand what is going on. But Jasper is a special boy, highly intelligent, and I did love this character. Since the story is told in first person from Jasper’s point of view, we can see Jasper struggling to express himself and, at times, it was actually painful to read (especially when he was bullied).

There are many emotional moments, I was especially moved by Jasper’s memories of his mother, who died when he was young, and he still remembers the cobalt blue of her voice and rubs one of her buttons every time he feels anxious or nervous. There is also some humour and irony, created by Jasper’s lack of sarcasm, that made me laugh.

The novel is brilliantly written and very well-researched. Jasper’s personality really drew me into the story and I found the entire novel intense and unforgettable. THE COLOUR OF BEE LARKHAM’S MURDER is out next week and I’d like to thank HarperCollins for providing me with an early copy of the book.