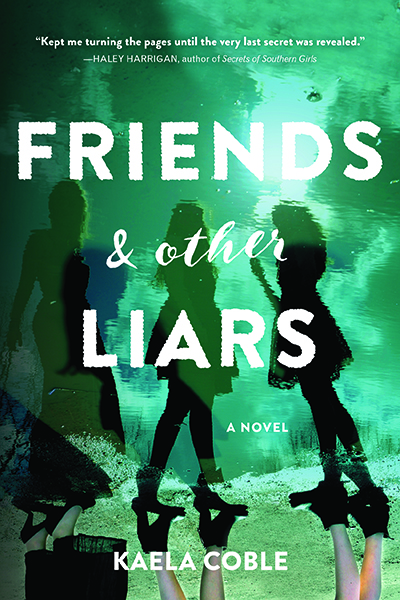 I was completely addicted to this novel. I couldn’t put it down and when I did (because, you know, I have to work) I couldn’t wait to go back to it and a few days after finishing it, I am still thinking about it.

The story revolves around the Crew, a group of five friends who grew up together in Chatwick, a small town in Vermont. Ruby (from whose point of view is told most of the story), Murphy, Ally, Danny, and Emmett had known each other since they were children and had been inseparable until they turned eighteen, when they all went their separate ways after graduation, especially Ruby who left the small town to go and study in New York.

Ten years later, Ruby is still in New York where she dreams of becoming a writer and she hasn’t seen or talked to her childhood friends for ten years. But when Danny suddenly dies, she has no choice but to go back home and face her past.

After the funeral, Danny’s mother gathers the four friends to give each of them an envelope left from Danny. Inside each of them, it’s one of their secrets, a secret that Danny wants them to share with the others. But the consequences could be catastrophic for all of them.

I wouldn’t categorize this book as a mystery or crime novel, but there is a lot of rising suspense as each character tries to keep their secret hidden. The story is told mostly from Ruby’s point of view, who can be seen as the main character of the story, but there are a few interventions from other characters that make this book even more gripping. We also jump back in time, as we learn more about their friendship, the strong bond with each other, the difficult childhoods that some of them had, the drama of first loves, their use of drugs and alcohol.

I was completely captivated by Ruby and Murphy’s relationship, best friends, and maybe something more (I hope I am not giving too much away). Their evolving relationship is what kept me glued to the page and I couldn’t wait to find out more. Although I hoped for a different ending for them (again, I am hoping I am not spoilering too much), I think that the author ended the novel in a perfect way for all the characters.

FRIENDS AND OTHER LIARS is a truly compelling, fresh and engaging novel and I’d like to thank Sourcebooks for providing me with a copy of the book.

2 thoughts on “Book Review: FRIENDS AND OTHER LIARS by Kaela Coble”