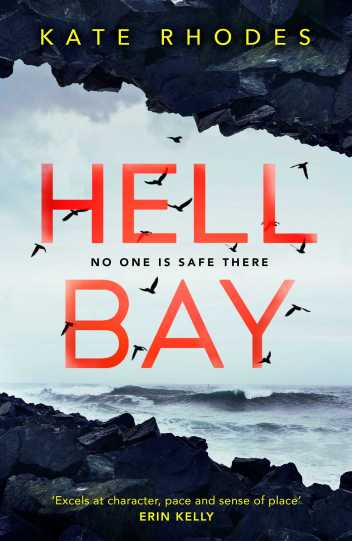 Ben Kitto is an homicide detective working in London, but after the death of his partner he tries to resign from the Met police. His boss doesn’t accept his resignation and gives him a three-month break to change his mind. Ben decides to spend this break in the place where he grew up, Bryher, one of the small island of the Isles of Scilly, off the coast of Cornwall. Ben’s arrival is marked by the disappearance of Laura Trescothick, the sixteen-year-old daughter of Matt and Jenna Trescothick, the golden couple of his high school. Ben decides to help the investigation of the local police because no one arrived or left the island before or after Laura’s disappearance and this means that one of the islanders is the killer, one of their own.

This novel is a highly enjoyable and compulsive read that reminded me a little of one of my favorite novels by Agatha Christie, And Then There Were None, with its wintery dark and atmospheric setting, the isolated small island far away from the mainland, everyone suspecting everyone, everyone with their motives to commit the murder.

The plot is very intriguing with a few surprising twists and tension rising as the end of the book approaches. The characters are very well-crafted and complex, especially the protagonist, Ben Kitto, with ghosts who from his past and an uncertain future. The island is as much a protagonist of the novel as the other characters and I loved the author’s attention to details and the vivid descriptions that make the story more realistic and captivating.

HELL BAY is the first of a series and I am already looking forward  to book number 2, of which I already had a taste and I can’t wait for the rest.

HELL BAY is out in the UK on January 25th.