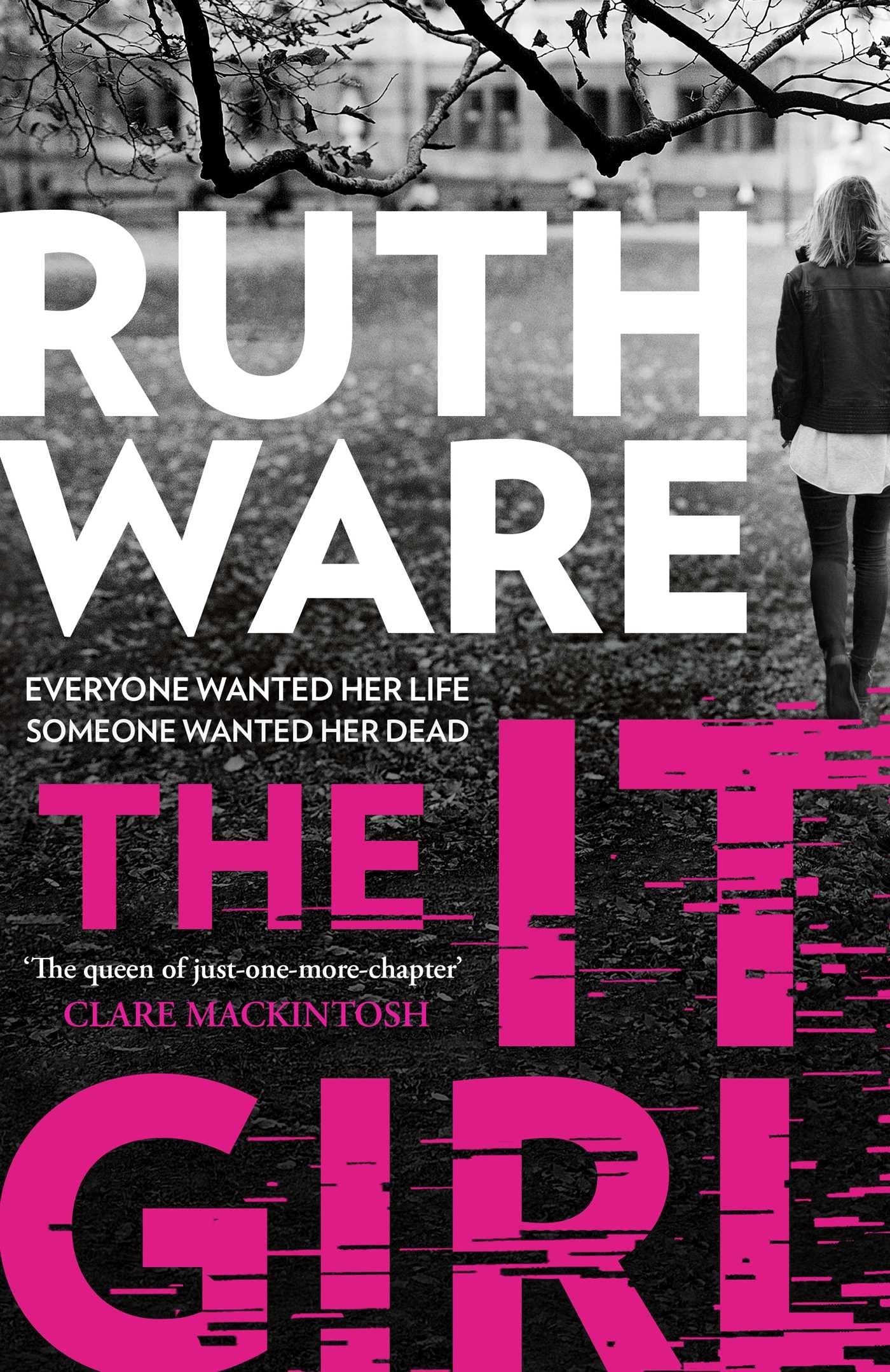 She needs to know the truth.

Because if the killer wasn’t a stranger, it’s someone she knows…

Today, it’s my stop on the blog tour for The It Girl, the addictive new novel by Ruth Ware.

The It Girl is the seventh novel by Ruth Ware and, like the ones before, it kept me engrossed from the first to the last page. The protagonist of the novel is Hannah Jones. Smart, bookish, a bit shy, raised by her middle-class mother, she is the opposite of rich, spoiled, vivacious, April Coutts-Cliveden and yet they became best friends on their first day at Oxford. Before the end of their first year, April was murdered and it was Hannah’s testimony to help the police find the killer and send him to prison.

Ten years later, Hannah is living in Edinburgh, working in a bookstore and married to one of her university friends, Will, and they are expecting their first child together. The news of the death in prison of April’s killer and a call from a journalist convinced that there is something missing from the investigation in April’s murder lead Hannah to revisit her first year of university and wonder if the real killer is still out there. It was not easy to be friends with April, she could be jealous and vengeful and her jokes were not always that funny. Was there someone else who wanted April dead?

There are so many things that I liked about The It Girl. First of all, half of the story is set in Oxford, one of my favorite places in the world. Also, I loved the dark academia atmosphere. And the narrative that switches between the past and the present. And the twists that kept me guessing until the end. And the unreliable and multi-layered characters.

The story is told from the perspective of Hannah Jones. I found it difficult to understand her friendship with April because they are completely different characters. April was mean and used to always have her way, while Hannah was kind-hearted and generous. Notwithstanding their unlikely friendship, April’s death and finding her body has completely changed Hannah’s life. Her testimony sent a man to prison, but what if he wasn’t the real killer? She needs to find out the truth.

Dark, suspenseful, and captivating, The It Girl is another masterpiece from the queen of crime Ruth Ware and I enjoyed every page of it. Highly recommended!

A huge thank you to Anna Cater and Simon & Schuster for inviting me to join the blog tour and providing me with a proof of the novel.

Ruth Ware is an international number one bestseller. Her thrillers In a Dark, Dark Wood, The Woman in Cabin 10, The Lying Game, The Death of Mrs Westaway, The Turn of the Key and One by One have appeared on bestseller lists around the world, including the Sunday Times and New York Times. Her books have been optioned for both film and TV, and she is published in more than 40 languages. Ruth lives near Brighton with her family. You can find her on Twitter, Facebook and Instagram @ruthwarewriter or at ruthware.com

2 thoughts on “#BlogTour: THE IT GIRL by Ruth Ware @RuthWareWriter @simonschusterUK @RandomTTours”