Today, I am super excited not only because Christmas is just a few days away, but because I am taking part in a FANTASTIC cover reveal.

I ADORE Rachel Abbott‘s novels. She manages to take me always by surprise with her shocking twists that I never see coming. Rachel Abbott is author of bestselling novels like Stranger Child, Kill Me Again, And So It Begins, just to name a few. Her books have been translated into over 20 languages and they have sold over 3 million copies in the English language.

Her new novel THE MURDER GAME is out in April, but, as an early Christmas present, I am delighted to reveal its BEAUTIFUL COVER… 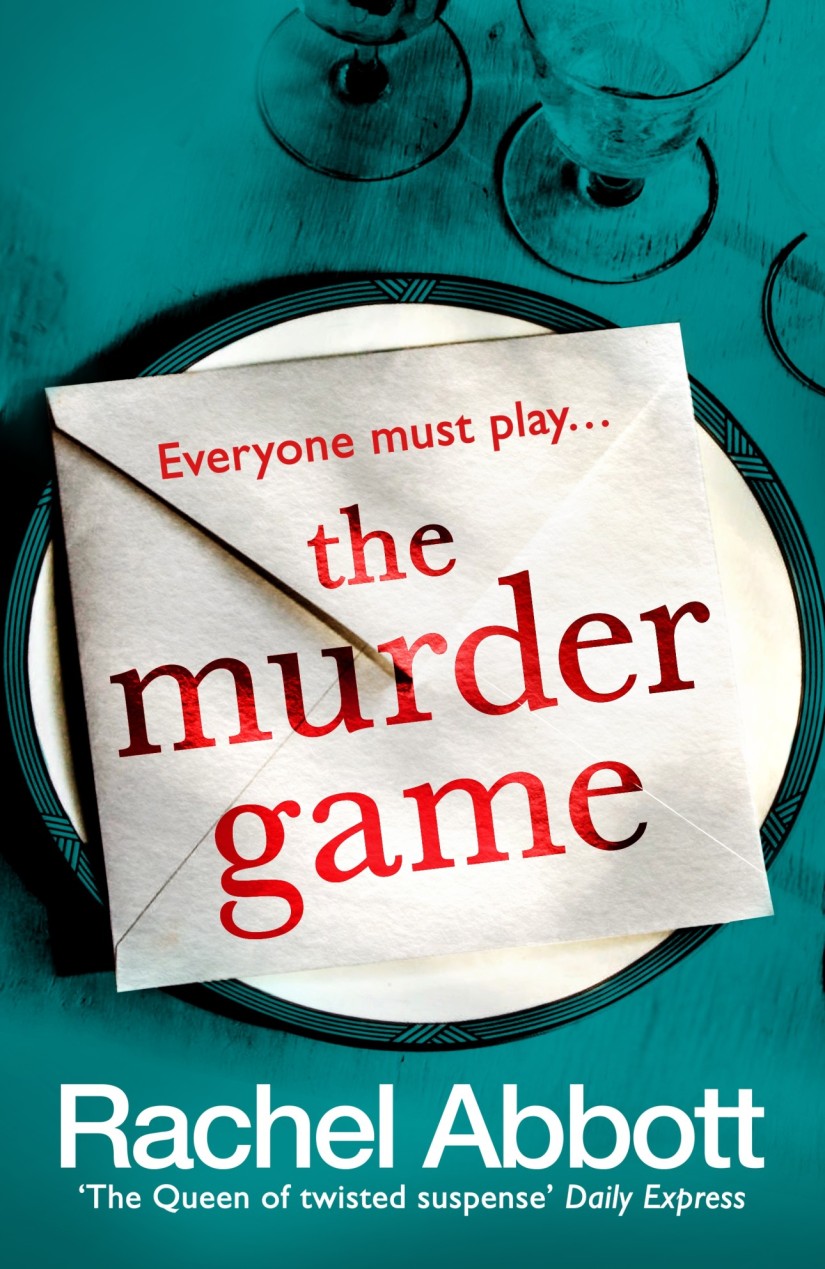 And now more about the book. THE MURDER GAME is the second book featuring detective Stephanie King who we already met in And So It Begins. This is my favourite of Rachel Abbott’s novels so far, so I am really looking forward to read more about this character. Here is the synopsis:

A year ago today, we all gathered for Lucas’s wedding at his glorious Cornish home overlooking the sea.

But no one was married that day.

Now Lucas has invited us back to celebrate the anniversary. But the anniversary of what? The wedding that never happened, or the tragedy that occurred just hours before the ceremony was due to begin?

He’s told us that tonight he has planned a game. We have our costumes, we have our parts, and everyone must play. The game, he tells us, is about to begin.

What does Lucas want from us? What are we not being told? And what’s going to happen when this terrible game is over?

More about the author:

Rachel Abbott’s debut thriller, Only the Innocent, was an international bestseller, reaching the number one position in the Amazon charts both in the UK and US. This was followed by the number one bestselling novels The Back Road, Sleep Tight, Stranger Child, Nowhere Child (a short novel based on the characters from Stranger Child), Kill Me Again, The Sixth Window, Come a Little Closer and And So It Begins. Her most recent novel, The Shape of Lies, was released in February 2019.

Rachel’s novels have now been translated into over 20 languages and her books have sold over 3 million copies in the English language.

In 2015 Amazon celebrated the first five years of the Kindle in the UK, and announced that Rachel was the #1 bestselling independent author over the five-year period. She was also placed #14 in the chart of all authors. Stranger Child was the most borrowed novel for the Kindle in the first half of 2015.

Rachel splits her time between Alderney – a beautiful island off the coast of France – and the Le Marche region of Italy, where she is able to devote all her time to writing fiction. For more information, see Rachel’s website, or follow her on Twitter.