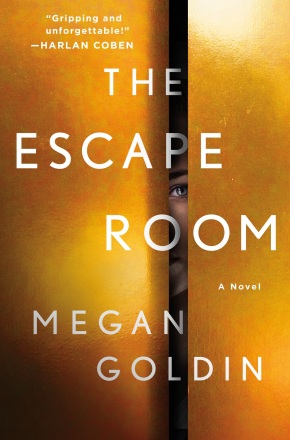 Welcome to the escape room. Your goal is simple. Get out alive.

In the lucrative world of finance, Vincent, Jules, Sylvie, and Sam are at the top of their game. They’ve mastered the art of the deal and celebrate their success in style—but a life of extreme luxury always comes at a cost.

Invited to participate in an escape room as a team-building exercise, the ferociously competitive co-workers crowd into the elevator of a high rise building, eager to prove themselves. But when the lights go off and the doors stay shut, it quickly becomes clear that this is no ordinary competition: they’re caught in a dangerous game of survival.

Trapped in the dark, the colleagues must put aside their bitter rivalries and work together to solve cryptic clues to break free. But as the game begins to reveal the team’s darkest secrets, they realize there’s a price to be paid for the terrible deeds they committed in their ruthless climb up the corporate ladder. As tempers fray, and the clues turn deadly, they must solve one final chilling puzzle: which one of them will kill in order to survive?

This book is a page-turner. It’s gripping, tense, and it completely took me by surprise. I devoured it in one afternoon because I couldn’t stop reading until I found out how it ended.

It has a suspenseful premise: gunshots are heard inside an elevator in an abandoned building. What is going on? Let’s go back to a Friday night when Vincent, Sam, Jules, and Sylvie are preparing to enjoy the weekend when they are called for a mandatory escape room. Their jobs at risk, they have no choice but to get inside the elevator. After all, it should last just an hour. But this is not a normal escape room, as they soon find out, and what happens when people are scared and trapped? Their survival instincts kicks in and things get out of control. Add also resentment, paranoia and secrets that start to come to light and you start wonder if they will ever make it out of there alive.

This part of the story is high with tension and increased my fear of elevators. I was completely captivated as tempers rose and people got hurt. However, that’s not all that happens in the novel, because there is also Sarah Hall’s story that kept me glued to the page. Who is Sarah Hall? She is a young woman just out of graduation, she is driven and optimistic for the future, especially after she lands her dream job in a finance company in New York. Thrown in the man’s world of Wall Street were women can be counted on the fingers of one’s hand, Sarah faces long hours in the office and no social life. But how is she connected to the escape room?

I loved how the author presented the characters, how the twists took me by surprises, and the claustrophobic setting is simply perfect. I was so engrossed in the story that I didn’t realise I finished reading it until I read “acknowledgements from the author”. If you are looking for a fast-paced, entertaining, and compulsive read, then you are going to love THE ESCAPE ROOM.

A big thank you to Kelly and St. Martin’s Press for inviting me to join the blog tour and provinding me with a copy of the novel. 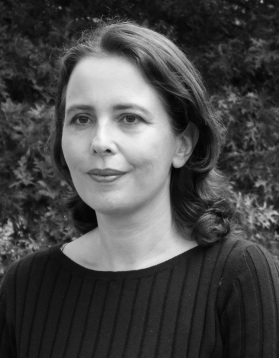 MEGAN GOLDIN worked as a correspondent for Reuters and other media outlets where she covered war, peace, international terrorism and financial meltdowns in the Middle East and Asia. She is now based in Melbourne, Australia where she raises three sons and is a foster mum to Labrador puppies learning to be guide dogs. THE ESCAPE ROOM is her debut novel.